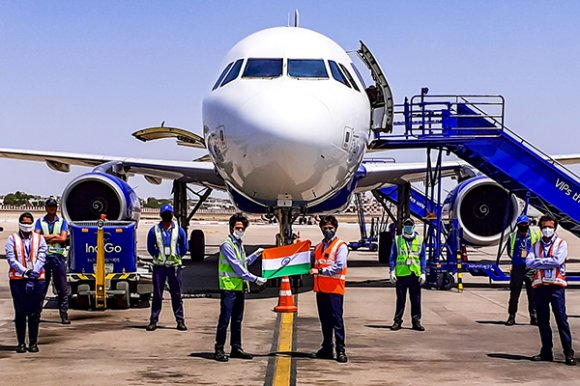 Domestic flights will resume in India from Monday (May 25) after a two-month lockdown to control the spread of COVID-19.

India's Minister of State for Civil Aviation Hardeep Singh Puri said airlines would be permitted to resume services on one-third of their approved summer 2020 schedule for domestic routes. This will be scaled up gradually.

“After domestic travel has been eased, we will address the issue of international travel depending on the evolving situation,” the minister added.

India grounded all domestic and international passenger flights from March 24, initially until April 15. However, the suspension was extended as the government grappled to bring the number of coronavirus cases under control.

The schedules run from May 25 until June 30 for IndiGo, Vistara and Air India, while GoAir’s network is effective to Aug. 24. Fares will be capped according to seven sector classes, which have been divided according to approximate flight times.

Vistara CEO Leslie Thng welcomed the return of domestic services. “Aviation is a growth engine for the economy and resumption of air travel will give great impetus to the government’s overall efforts in helping the country eventually return to normalcy,” he said.

India’s aviation ministry has issued strict guidelines that airlines, airports and passengers must follow on the domestic flights. This includes a requirement for passengers to wear a face mask and arrive at the airport at least two hours prior to departure.

Airlines will not have to keep the middle seat vacant, but the aircraft will need to be rigorously disinfected after every flight.