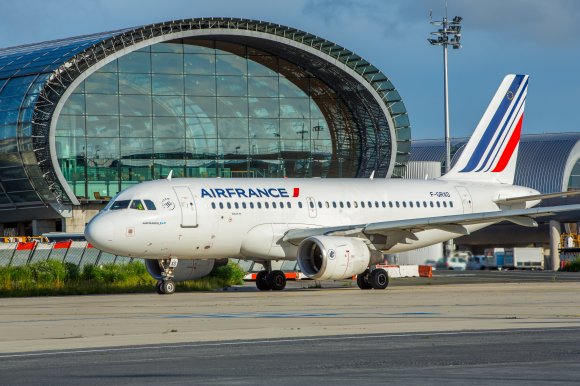 An Air France pilots’ union has expressed concerns over a plan being formulated to restructure the carrier’s domestic network, with low-cost subsidiary Transavia set to take on a greater role at the expense of Air France and regional brand HOP.

Air France management has spoken to pilots unions about its wish to renegotiate the positioning of Air France and Transavia on the short-haul network, the union, which represents a minority of pilots, said.

“This is going to involve the positioning of Transavia, the low-cost unit, in place of our own flights under the Air France brand on the majority of our domestic network departing from Orly (ORY) and between all provincial airports,” the SPAF pilots union said in a statement, adding that while Transavia had a role to play in competing with other LCCs, it could not replace Air France’s service quality.

Restructuring Air France’s domestic network was already one of the areas CEO Ben Smith had set out to tackle within the strategic plan he set out in November aimed at improving Air France-KLM’s profitability and competitiveness with European peers.

Now, with overall activity reduced to a fraction of pre-COVID-19 levels, the airline group’s management team is seeking a way to improve the performance of domestic operations while complying with new constraints. The French government set stringent environmental conditions on a €7 billion ($7.6 billion) state bailout for the group. One condition is that Air France will have to scrap a certain number of short-haul domestic flights.

“Announcing a wish to save Air France and then piling up negative measures targeting the airline and employment seems irrational,” SPAF said. “SPAF will oppose any dismembering or transfer of Air France’s network.”

French economy minister Bruno Le Maire said April 30 that support for the airline was “not a blank check” and that it would have to meet new sustainability targets, including cutting domestic flights.

France wants Air France to cut its CO2 emissions per passenger kilometer by 50% by 2030 compared with 2005 levels.

“We want Air France to reduce the volume of its CO2 emissions from flights within metropolitan France by 50% by the end of 2024,” said Le Maire, describing the target as a “new and drastic condition” which should lead to a re-evaluation of transport options within France.

The SPAF union said it would be “incomprehensible” for the airline to stop serving destinations that could be reached in under 2.5 hours by train, such as Lyon (LYS) or Bordeaux (BOD).

Back in November, Smith set out plans that would see Transavia taking on a greater role at an investor day in November. Transavia France had previously had its fleet capped at 40 aircraft, but the group’s management secured agreement for its development, a key part of the group’s response to competition from LCCs.

“We have a major profitability issue with Paris Orly as well as the French domestic market so Transavia will help us better optimize our portfolio at Orly,” Smith said at the time. “We now have absolutely zero limit on the number of aircraft that Transavia France can operate, so this tool, which is very cost effective against low cost competitors in Europe, we have now the option to use this tool both defensively and offensively,” he added.

Pre-pandemic, the airline had planned to add a new Montpellier (MPL) base for Transavia in April.