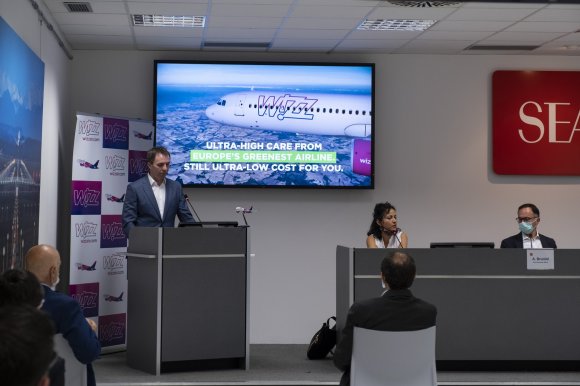 Wizz Air will base five Airbus A321s at Milan Malpensa (MXP) from July, making the Italian airport its 29th base, the LCC announced May 28.

Budapest-headquartered Wizz is almost alone among airlines in the COVID-19 pandemic in that the cash-strong carrier is still growing and taking delivery of new aircraft. The airline had already announced plans to add 20 new services to 11 countries from Malpensa from July on top of the eight routes it currently operates.

Wizz Air Group CEO József Váradi said during a press conference that he was confident that Wizz Air would make “a profound impact” on Italy’s economic development and the ramp up of its tourism industry.