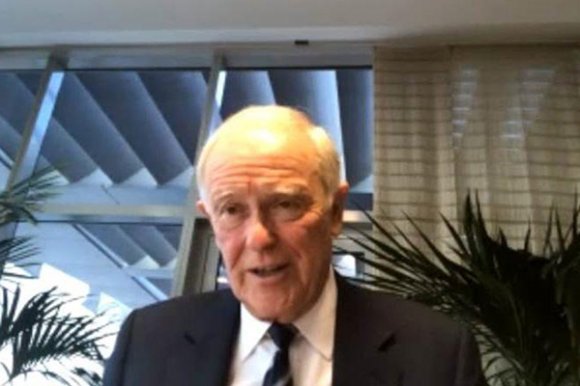 Emirates Airline would welcome a partnership with a large US airline, but alliance-related politics and a long-simmering, recently solved dispute over subsidies continue to present major hurdles, Emirates president Tim Clark said.

Speaking to the Aviation Week Network in an exclusive, virtual fireside chat, Clark said that a deal with one of the “big three” US carriers makes business sense. But Emirates is not prepared to drop its aversion to joining an alliance to get a deal done, and US airlines do not appear eager to set aside their objections over the Dubai-based carrier’s financial links to its government.

"It makes far more sense to have Emirates deal with one of the big three and deliver huge amounts of business, because we are the single largest producer….coming out of the East [beyond Europe] into the United States,” Clark said. "There’s a huge opportunity there that Emirates could bring to the United States without going into an alliance. It would be a tap that you turned on, sat back, and watched us fill large numbers of their airplanes.”

Emirates has codeshare agreements and partnerships with several carriers—including Alaska Airlines and JetBlue Airways—in the US, Clark said. He pointed to Emirates' more extensive link with Qantas as an ideal example of close cooperation that benefits both sides and avoids the constraints of a formal airline alliance.

Emirates and Qantas, a oneworld member, struck their original deal in 2013 to code-share and leverage services in Dubai, Perth, and Singapore for both carriers’ customers. The deal was renewed for another five years in 2018.

“The Qantas arrangement is a really good one. It’s not an alliance, because it was [developed] bilaterally, from a commercial and marketing point of view,” Clark said.

Clark suggested that a similar arrangement with a large US carrier that leverages major hubs such as Emirates’ Dubai base or a US carrier’s large European operation, combined with US domestic feed on one end and Emirates’ reach into Asia on the other, could offer similar benefits. But no such deals are in the works.

Part of the reason: a long-simmering debate over subsidies that pitted American Airlines, Delta Air Lines and United Airlines against Middle East titans Emirates, Etihad Airways and Qatar Airways. In 2018, the US signed separate deals with the Qatar and United Arab Emirates governments under which the Middle Eastern carriers voluntarily share more complete financial information. American and Qatar Airways followed up with a codeshare deal.

That leaves Delta and United—members of Skyteam and Star Alliance respectively—as the most attractive, US-based global-carrier partners for Emirates.

Clark said that Emirates holds no grudges over the subsidy row, but suggested the fallout is at least part of the reason Delta and United have not made any commercial overtures.

Clark reiterated that while Emirates will continue to look at opportunities, global alliances are off the table.

"People like us have always charted our own destiny, and not allowed ourselves be hamstrung by people who don’t think as we do,” Clark said. “Our approach has always been, 'If you can’t make your own way, then don’t bother.’"