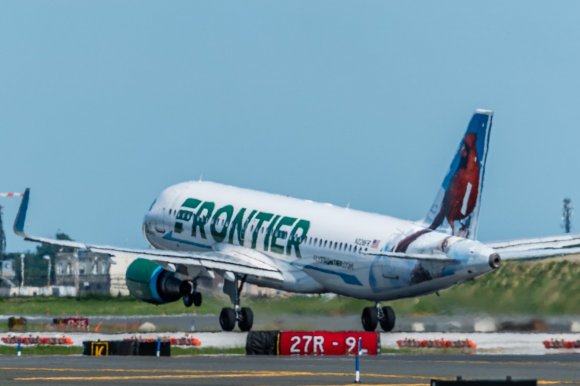 Flights to Boston Logan (BOS) and Chicago O’Hare (ORD) will begin in July, followed by Phoenix Sky Harbor (PHX) in November. The BOS and ORD services will be 4X-weekly from July 2, increasing to daily from May 2021. PHL-PHX will be daily from the outset, with the inaugural flight on Nov. 12.

The airline is also increasing frequency to four destinations from Pennsylvania’s largest city with six flights a day to Orlando (MCO), three flights a day to Miami (MIA) and Tampa (TPA), and two flights a day to Atlanta (ATL). The ATL change comes into effect from November, with the MCO, MIA and TPA increases following in December.

The latest network expansions come days after Frontier confirmed plans to launch 18 new routes over the coming weeks, three of which are from PHL. It will open a 2X-weekly service from PHL to Myrtle Beach (MYR) and Palm Beach (PBI) from July 2 and 3 respectively, and a 1X-weekly route to Sarasota-Bradenton (SRQ) from June 6.

“We’re excited to be offering 27 nonstop destinations from Philadelphia International Airport and expand our service to include additional frequency on our most popular routes,” Frontier senior vice president of commercial Daniel Shurz said.

PHL CEO Chellie Cameron said: "This is just the beginning of the aviation industry's recovery, and we are so pleased that Frontier has included Philadelphia in its core schedule. The new routes announced this week will help PHL make connections with several key cities, and we are excited to say that there's much more to come."

Stephanie Wear, PHL's director of air service development, also welcomed the network growth. She said: "Frontier’s expansion in PHL is fantastic news during a difficult time. Their confidence in our catchment area is an encouraging sign as we put in place our recovery strategy.”

During April, Frontier’s capacity from PHL shrank to as few as 2,200 weekly departure seats because of coronavirus travel restrictions and subsequent reduced demand. This compares with in excess of 17,000 weekly seats during the same month last year.

However, the latest schedules data shows the carrier will offer about 7,200 departure seats this week (w/c June 1), rising to more than 11,000 by the end of the month.