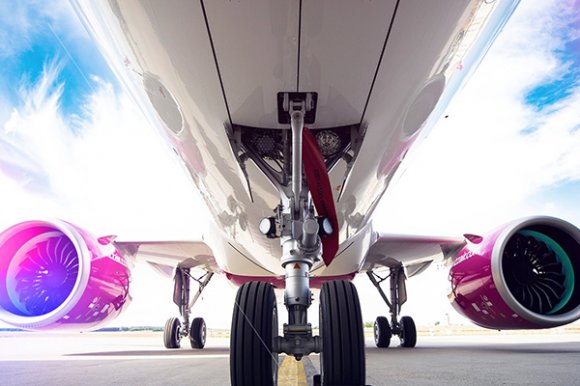 The ULCC has scheduled an additional 13 new route launches over the coming weeks, including four from the Austrian capital Vienna, as the airline continues to defy the industry downturn brought on by the COVID-19 pandemic.

The latest expansion takes the number of new routes being opened by Wizz in summer 2020 to 138, while its UK subsidiary is launching 11. The full list of new services has been published today on Airlineroute.

New additions to Wizz’s network include a 2X-weekly service from Bucharest (OTP) to Heraklion (HER), as well as flights from Hungary’s capital Budapest (BUD) to Mahon (MAH) in Menorca and Thira (JTR) in Santorini. Both the new BUD routes will be 2X-weekly.

The airline will link Chisinau (KIV) in Moldova with Basel Mulhouse (BSL), Hamburg (HAM) and Nice (NCE), each of which will be 2X-weekly, while Krakow (KRK)-Stockholm Skavsta (NYO) Sofia (SOF)- Frankfurt-Hahn (HHN) and Varna (VAR)-Prague (PRG) are also being launched. KRK-NYO will be 3X-weekly, and SOF-HHN and VAR-PRG will be twice per week.

The final four routes are from Vienna (VIE). Wizz will serve Barcelona (BCN) and OTP with 5X-weekly flights each, and offer 2X-weekly services to both MAH and JTR.

Wizz’s expansion from VIE means that the carrier is opening 20 new routes from Austria’s capital this summer and comes at a time when rival Lauda is restructuring its operations at the airport.

Lauda, Austria’s second largest airline behind Austrian Airlines, last month said it was closing its VIE base, where it has 300 pilots and cabin crew stationed, after failing to reach an agreement with unions on pay.

However, the Ryanair-owned carrier has this week reversed the decision and will resume operations from VIE on July 1, initially with three Airbus A320s, increasing to ten by August.

Speaking on a call with analysts last week following the publication of its annual financial results, Wizz CEO József Váradi said the ULCC was concentrating on its traditional heartland but is alive to opportunities in Western Europe and the Middle East.

Wizz announced plans in May to open a new base at Milan Malpensa (MXP), stationing five aircraft in the Italian city and launching 20 new routes. Bases are also opening in Larnaca (LCA) in Cyprus; Lviv (LWO) in Ukraine, and Tirana (TIA) in Albania.