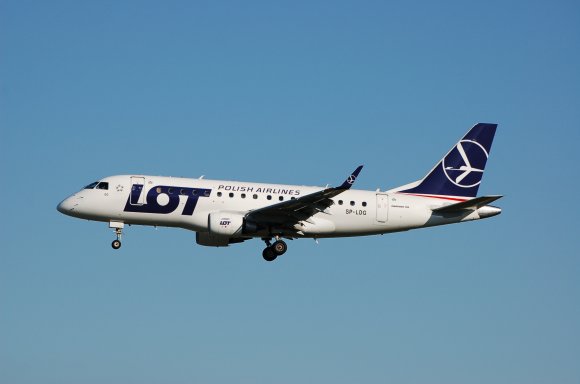 Representatives from the aviation industry in Poland have written an open letter to Prime Minister Mateusz Morawiecki urging a loosening of air travel restrictions so that the restoration of international routes can become a “cornerstone” of the country’s economic recovery.

Poland was among the first European countries to impose a strict lockdown to curb the spread of the coronavirus, with the country’s borders effectively closing on March 15. Since then, restrictions have been gradually eased. Limited domestic air services resumed on June 1.

The country plans to reopen its borders to other EU countries on June 13, with scheduled international flights restarting three days later. However, an order published in late May by Poland’s Council of Ministers states that the number of passengers permitted on aircraft operating domestic and passenger routes must be limited to 50% of their capacity.

Presidents of seven Polish airports alongside Jozsef Varadi and Michał Kaczmarzyk, the CEOs of Wizz Air and Ryanair’s Buzz respectively, have now called on Morawiecki’s government to scrap the restrictions, arguing they go beyond guidelines recommended by EASA.

The joint letter says the planned rules would be “synonymous with the outbreak of another pandemic.” It adds: “This time, however, it will be a deadly virus for the entire Polish aviation market, which will not be missed by national carrier LOT.”

It also argues that the restrictions would cause the cost of air tickets to double, as well as strengthening the competitiveness of regional airports located close to the Polish border, particularly in Berlin and Ostrava.

“The rapid restoration of international air connections should be a cornerstone of the country’s economic recovery strategy and its future development,” the letter says.

“But airports will not be able to contribute to the recovery of the country’s economy if national regulations restrict the possibility conducting business activity with air carriers and [result in] airlines withdrawing from the Polish market.”

The letter concludes that Morawiecki should enforce COVID-19 safety regulations recommended by European regulators, but that he must take a “wise and prudent” approach so that the rules are not too restrictive.

However, the Star Alliance member continues to sell only 50% of the aircraft’s capacity in order to maintain “a chessboard-like spatial distance.” Meanwhile, ground handling staff and cabin crew serving passengers during flights wear protective equipment, such as masks and gloves.