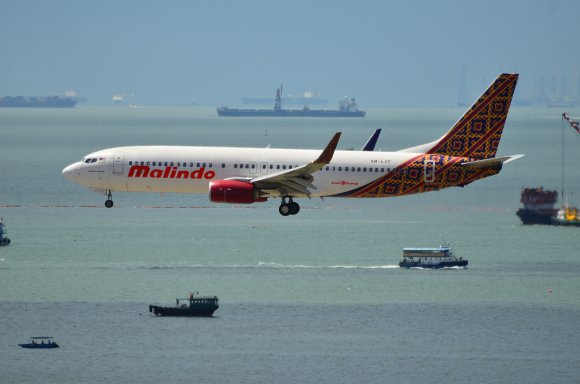 Malaysia has this week loosened measures brought in to curb the spread of COVID-19, paving the way for an increase in the number of scheduled domestic and international flights.

Restrictions to contain the outbreak were introduced on March 18, with some measures relaxed on May 4. The country has so far recorded fewer than 8,500 cases of coronavirus and just 118 deaths; considerably lower than some of its Southeast Asian neighbors.

The government has now further eased rules from June 10 that allows for interstate travel and domestic tourism to increase.

Over the past two days, airport operator Malaysia Airports said it has seen a gradual increase in the flight movements offered by the airlines at Kuala Lumpur International (KUL), where the average number of daily flights grew from 97 to 122.

In the last two months, aircraft movements were mainly repatriation and cargo flights. The latest traffic report for May shows that Malaysia Airports registered a contraction in passenger traffic movements of 97.8% when compared with the same period in 2019.

The international sector recorded a 99.3% decline whereas the domestic sector declined by 96.4%.

Overall aircraft movements declined by 88.5%, compared with May 2019, with the international and domestic markets contracting by 92.8% and 85.5% respectively.

According to data provided by OAG Schedules Analyser, there were 179,934 departure seats from and within Malaysia this week (w/c June 8), compared with 146,654 during the previous seven days. By the beginning of July, the number of weekly departure seats is scheduled to top 220,000.

The below infographic charts the number of scheduled weekly seats from and within Malaysia from Feb. 3, 2020, compared with the same week in 2019. The data shows the country’s market is currently 87.8% smaller than this time a year ago.

However, in recent days the country’s three main airlines—Malaysia Airlines, AirAsia and Malindo Air—have reopened local flight routes and have aggressively stepped up their offerings to entice Malaysians to use air travel.

Malaysia Airlines has increased its domestic connectivity in June and July, offering flights to 14 destinations. This includes a 5X-weekly service between KUL and Kuching (KCH). Scheduled international flights will resume in July.

Based on the flight schedule submitted by AirAsia for the period between June 10 and 30, there will be an average of 22 domestic flight movements daily from KUL to 15 destinations. There will also be four international flight movements daily to the likes of Guangzhou (CAN), Hyderabad (HYD), Jakarta (CGK), Manila (MNL) and Singapore (SIN).

Malindo said it is resuming flights to almost all its domestic destinations effective June 12, with the reinstated schedule including daily flights from Kuala Lumpur Sultan Abdul Aziz Shah (SZB) to Kota Bharu (KBR).

“The gradual opening up of air travel is likely to be progressive, starting with domestic markets,” Malindo CEO Mushafiz Bin Mustafa Bakri said.

“We will certainly reinstate our international services around the networks in stages once the global health situation improves and regulatory restrictions are fully lifted. We hope travelers will be eager to recommence travel soon, which would benefit the industry again.”

Malaysia Airports CEO Dato’ Mohd Shukrie Mohd Salleh welcomed the increase in activity, saying: “The airport community including our airline partners and retailers share the same optimism with the easing up of the restrictions not just in Malaysia but also globally.”