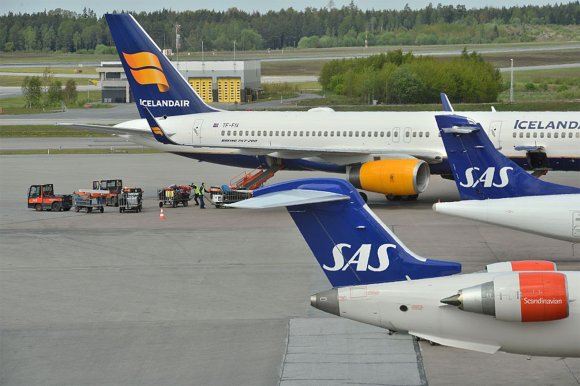 Scheduled capacity from Iceland is set to triple by the start of next month as COVID-19 travel restrictions begin to be relaxed.

The country, which has recorded just 1,810 confirmed cases of coronavirus and 10 deaths, this week loosened rules so that citizens from the European Union, European Free Trade Association and the UK no longer need to quarantine for 14 days.

Instead, inbound passengers from these countries can choose to be tested for COVID-19 upon arrival. Travelers can expect to receive their test results within 24 hours.

Airlines are responding to the loosening of restrictions by adding capacity and resuming suspended routes. According to data provided by OAG Schedules Analyser, the total number of departure seats from Iceland is set to increase from 19,553 this week (w/c June 15) to 64,839 by the first week of July (w/c July 6).

“We are delighted that Iceland is one of the first countries to open back up to the world and to travelers in this way,” Icelandair’s Chief Commercial Officer Birna Osk Einarsdottir said.

“We’ve introduced a range of new measures at Icelandair in preparation for the first weeks of flying, to ensure all passengers are safe and feel comfortable flying with us.”

Atlantic Airways and Scandinavian Airlines (SAS) have also resumed flights to KEF this week. Atlantic Airways is operating a 3X-weekly service from Vágar (FAE) in the Faroe Islands, and SAS has added a 4X-weekly route from CPH. SAS will also restart OSL-KEF in July.

Wizz Air is already operating limited flights from Budapest (BUD) in Hungary London Luton (LTN) and Vienna (VIE), with Gdansk (GDN) in Poland returning this month as well. In July, Wizz will also begin a new route from Milan (MXP).

Elsewhere, CSA Czech Airlines will again serve KEF from June 17, while Lufthansa, Austrian Airlines and airBaltic will return in July.