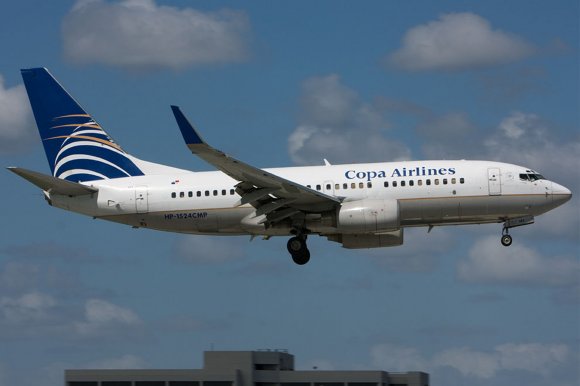 Panama-headquartered Copa Airlines has been fined $450,000 by the US Department of Transportation (DOT) for transporting passengers between the US and Venezuela, despite a May 2019 order suspending such flights.

For almost a month after the order took effect, the Star Alliance member sold more than 5,000 tickets for air travel on routes between the countries, via a stopover point, transporting in excess of 15,000 passengers.

Copa’s economic licensing authority to operate flights to and from the US is conditioned on the carrier not transporting passengers or cargo to or from any airport in Venezuela. It was ordered to cease and desist from future similar violations.

The airline told the US authorities that the violation occurred inadvertently, as it did not provide direct service between the countries and was not listed in an initial DOT order as a carrier servicing Venezuela. It added that the $450,000 fine reflects a settlement with the DOT.

“Today’s order states the company’s position that any violation of the restrictions that may have occurred would not have been willful,” Copa said. “The company noted that it relied in part on its contacts with Panamanian and other US officials to understand the restrictions.

“Copa Airlines understands the seriousness of the matter, cooperated fully with DOT in the investigation, and has taken considerable and substantive steps to avoid future violations.”

The US suspended all air transport to Venezuela in May 2019 over security concerns, saying the country’s political crisis threatened the safety of passengers, aircraft and crew.

Earlier this month, Venezuela extended a ban on domestic and international flights until July 12 as part of efforts to contain the COVID-19 outbreak. The country has recorded almost 3,400 confirmed cases of the virus and 28 deaths, according to its official figures.