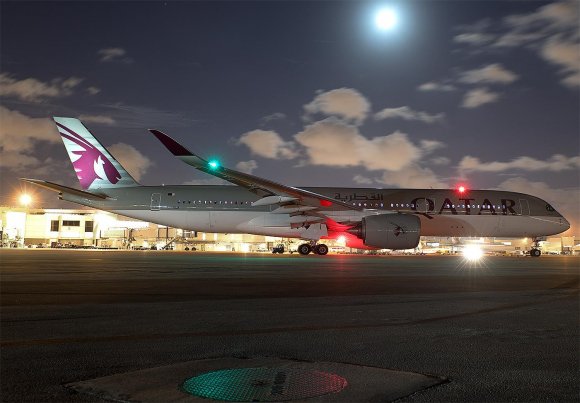 The additions join the oneworld alliance member’s existing flights to Chicago O’Hare (ORD) and Dallas Fort-Worth (DFW), meaning that from next month it will have resumed operations to six of its 10 US gateways.

“All of the six destinations will be served with a minimum of five weekly flights from mid-July, with 10 weekly flights operating to JFK,” CEO Akbar Al Baker said.

“Qatar Airways has continually led the industry during these unprecedented months, accumulating unrivalled experience in carrying passengers safely and reliably.”

Despite the greatly reduced the demand for air travel as a result of the COVID-19 pandemic, the airline has remained the only Gulf carrier to continue scheduled service to the US during the crisis. By mid-July, it expects to be operating 39 weekly flights to the US.

However, it has not announced when it expects to resume flights to Atlanta (ATL), Houston Intercontinental (IAH), Miami (MIA) and Philadelphia (PHL), all previously served nonstop.

Qatar Airways has retained a robust network since coronavirus-related travel restrictions began to be enforced, never falling below 30 destinations served.

Earlier this month it resumed operations to Tunis (TUN), the capital and largest city of Tunisia, and flights to Dar es Salaam (DAR) in Tanzania returned on June 16

In addition, 4X-weekly flights to Berlin (TXL) will start on July 1, and Qatar Airways will resume a 3X-weekly route to Venice (VCE) on July 15. It is also increasing frequencies on flights from Doha (DOH) to Dublin (DUB), Milan (MXP) and Rome (FCO) to daily.

In May, Qatar Airways and American Airlines formally started their partnership with the Doha-based carrier placing its QR code on American domestic flights.

“Additional cities, including destinations in Central America, and the Caribbean will be added, subject to government approvals,” Qatar Airways said.