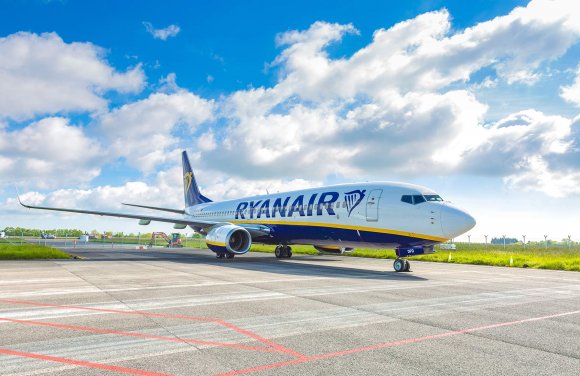 Ryanair said it will take over many of the routes its Austrian-based subsidiary Lauda operates from Vienna (VIE) to ensure it can keep fares low.

Lauda will become a wet-lease provider for Ryanair, meaning the flights will be operated via Ryanair’s air operator’s certificate (AOC) but the aircraft—and even the livery—will still be Lauda. The move is being made so Ryanair/Lauda does not have to pay ticket taxes that Ryanair CEO Michael O’Leary fears will be imposed on Austrian carriers.

“As Austrians’ taxes get wasted on illegal state aid to German-owned Austrian Airlines, Ryanair will guarantee low fares for Austrian customers/visitors at prices which start from €9.99 [$11.22] one way,” Ryanair said in a press release featuring the colorful language for which O’Leary and Ryanair are known.

“Our Vienna base will serve 64 routes, with air fares starting from just €9.99 one way before some crazy Austrian minister tries to force Austrian consumers and visitors to pay higher €40 air fares,” O’Leary said in a statement. “Ryanair will provide non-state subsidized competition and choice to the high-fare Austrian Airlines … Ryanair will oppose any illegal effort by the Austrian government to force consumers to pay high fares. Austrian citizens are entitled to low fares and nobody provides lower fares than Ryanair.”