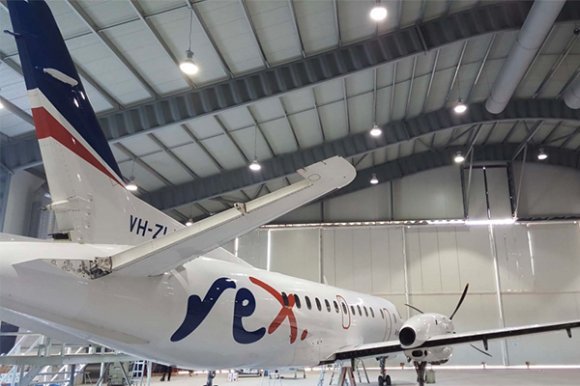 Australian carrier Regional Express Holdings (Rex) is a rare example of an airline looking to make new fleet moves to take advantage of market opportunities despite the COVID-19 crisis.

Rex has confirmed its intention to add its first narrowbody jets to its fleet so it can enter the Australian east coast trunk routes between state capitals Sydney, Melbourne and Brisbane. This would be a significant change of direction for Rex, which currently operates a fleet of 60 turboprops on Australian regional routes.

The carrier had said on May 13 that it was exploring the feasibility of starting jet operations. On June 29, Rex announced it is moving ahead with the plan after holding “confidential … discussions with various parties.”  The airline’s board approved the initiative.

Rex said it will now start to make preparations to operate an initial fleet of 5-10 narrowbody jets to be based in Sydney and/or Melbourne to serve the east coast trunk routes. It has targeted March 1, 2021 to start operations.

The routes between Sydney, Melbourne and Brisbane are known as “the golden triangle,” as hey are the busiest domestic routes in Australia. The Sydney-Melbourne route has been one of the top five domestic markets in the world in recent years. Qantas and Virgin Australia have competed heavily on the route, although flights have been cut back dramatically due to the coronavirus pandemic.

Rex estimates it will need to raise A$30 million ($21 million) in funding to set up the jet operation. It intends to raise this money through either sale-and-leaseback of existing aircraft, equity injection, or convertible notes.

The board will meet within three weeks to decide how to raise the funds. The carrier said various parties have shown “strong interest” in participating in the fundraising, including lessors who have offered sale-and-leaseback deals on 15 of Rex’s Saab 340 turboprops.

The carrier said it intends to operate a hybrid business model with the jets. It plans to sell flights at “affordable levels” which would include baggage allowance, meals, and pre-assigned seating. Lounge access would be available by subscription.