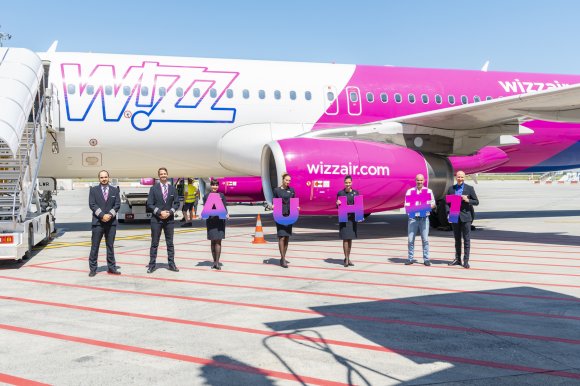 The launch marks the Hungarian LCC’s move to add a number of new routes to Abu Dhabi, with a service from Bucharest (OTP) to begin imminently as well, plus Sofia (SOF), Katowice (KTW) and Cluj-Napoca (CLJ) flights to follow in September.

BUD recently announced that Wizz will be expanding its operations in the city, with Mediterranean islands Menorca (MAH) and Santorini (JTR) to be added as destinations from the Hungarian capital during the summer season.

Wizz has revealed plans for bullish growth as Europe moves out of COVID-19 lockdown, with OAG Schedules Analyser showing that it will offer 4.4 million departure seats at its summer peak in August 2020.

Wizz Air CCO George Michalopoulos said: “I am delighted to celebrate the first scheduled Wizz Air flight to Abu Dhabi. Wizz Air is committed to growing the airline’s network to the capital of the United Arab Emirates.