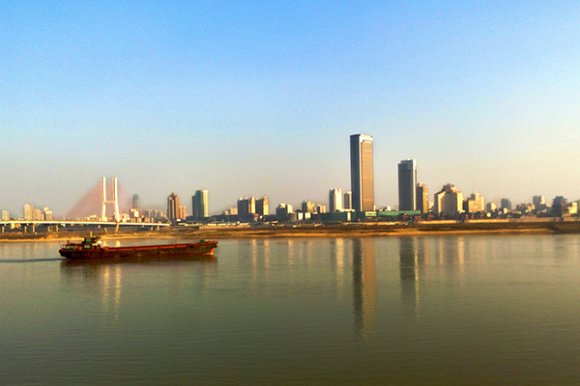 Jiangxi Air, the airline part-owned by Xiamen Airlines, has applied to the Civil Aviation Administration of China (CAAC) to start international operations.

Based in Nanchang (pictured), the capital of Jiangxi province, the carrier hopes to provide passenger and cargo flights to Hong Kong (HKG), Macao (MFM) and Taiwan (TPE) as well as other “neighboring countries.”

In a statement, the CAAC said the application has been preliminarily reviewed by the Civil Aviation East China Regional Administration and now comments from any relevant stakeholders had been invited.

According to data provided by OAG Schedules Analyser, Jiangxi Air flew to 39 domestic destinations in China during 2019, operating 55 scheduled passenger routes. In total, the airline offered 2.69 million seats across more than 15,000 flights during the year.

The carrier's biggest routes by capacity connected its Nanchang (KHN) home with Zhuhai (ZUH) in the country’s southern Guangdong province; Zhengzhou (CGO), the capital of Henan province; and Xi'an (XIY), the historic capital of Shaanxi province in central China.

Jiangxi Air has a fleet of 11 aircraft, 10 of which are Boeing 737-800s. Its newest aircraft—a COMAC ARJ21 regional jet—entered its fleet in April and began service on May 16. In doing so, the airline became the third operator of the ARJ21.

Jiangxi Air began operations in 2016 and is 60%-owned by SkyTeam member Xiamen Airlines, with the remaining shares being held by the Jiangxi provincial government.

The carrier has not yet revealed which international routes it intends to serve should the CAAC approve its latest request.