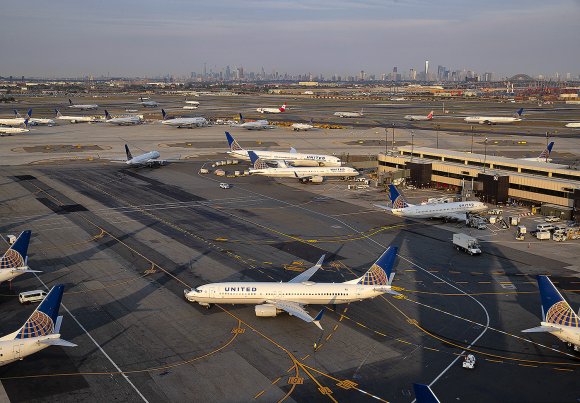 United Airlines will notify 36,000 frontline employees this week about possible involuntary furloughs, setting the stage for a massive downsizing that could see the company let go of as much as 45% of its total workforce this fall.

Employees must be provided 60-days advance notice of involuntary furloughs under the Worker Adjustment and Retraining Notification (WARN) Act. Industry watchers have long been expecting a wave of layoffs on October 1—when the CARES Act prohibition on involuntary furloughs expires—unless additional federal aid is forthcoming.

Critically, the company clarified that not all employees who receive WARN notifications will be let go. Management reiterated their call for more workers to avail themselves of early-retirement and voluntary separation packages being offered by the company, saying that doing so could reduce the scope of the furloughs. More than 20,000 United employees have already taken part in such programs.

“The reality is that United simply cannot continue at our current payroll level past October 1 in an environment where travel demand is so depressed. And involuntary furloughs come as a last resort, after months of company-wide cost-cutting and capital-raising,” executives said in the staff memo.

News of the WARN notifications comes after Chicago-based United announced plans on July 7 to cull flights from its August schedule, in response to a slowdown in demand caused by surging COVID-19 infections and new restrictions on business and travel in many states.

The airline is now planning to operate 35% of its overall schedule from a year ago in August, a downward revision from the 40% it had planned to fly when it published the schedule on July 1.

In a July 7 town hall held for operational employee leaders, United executives said they expect capacity to remain “generally consistent” with August levels through year end. Slides included in the presentation show industry supply growth outpacing demand recovery, with total industry capacity down by 47% year-over-year in July, while combined revenues are down more than 80%.

United is not alone in taking moves to decelerate its pace of growth. American Airlines, which has been more aggressive in adding back capacity than either United or Delta Air Lines, will keep its schedule mostly flat in August from July. Delta, for its part, will pause growth in September to evaluate demand trends, after re-adding 1,000 daily departures in both July and August.

Goldman Sachs recently revised down its forecast for domestic air travel demand recovery, citing “the resurgence of COVID-19 in some areas of the U.S. and uncertainty around potential future travel restrictions.” The revised forecast sees traffic down 56% in 2020 from 2019 levels, down 30% in 2021 and down 12% in 2022. Only in 2023 does Goldman expect to see demand exceed 2019 levels—and even then, only by a single percentage point.