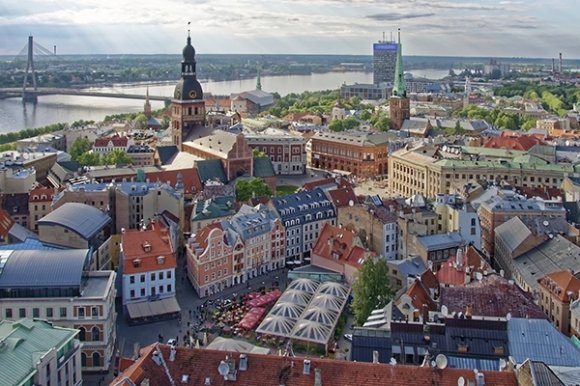 Riga-based airBaltic has unveiled plans to operate 82 routes during the summer 2021 season as a number of suspended and postponed services are restored.

The hybrid airline will resume 10 routes from Riga (pictured) that have been halted due to the COVID-19 crisis, as well as launching five more that were originally intended to start this year.

In addition, the carrier said it would increase the frequency on several popular routes, including flights to Barcelona (BCN), Dublin (DUB) and Paris (CDG).

“So far 2020 has been full of challenges, but with our passenger and employee health and safety remaining the top priority, we continue to focus on expansion of our operation,” CEO Martin Gauss said.

“Already a year ahead, we have announced the plans for our new network and in combination with our new ticket types, our passengers can book the tickets to more than 80 routes with confidence.”

Five new routes are now scheduled to commence in summer 2021, instead of summer 2020, that will link Riga (RIX) with Bergen (BGO) and Trondheim (TRD) in Norway, Manchester (MAN), Yekaterinburg (SVX) in Russia and Yerevan (EVN) in Armenia.

Three of those routes—BGO, MAN and EVN—are resumptions as airBaltic provided service until October 2014, April 2010 and September 2011 respectively.

The 10 routes that have been canceled in summer 2020 but will be reinstated in summer 2021 are from RIX to: Aberdeen (ABZ), Scotland; Almaty (ALA), Kazakhstan; Baku (GYD), Azerbaijan; Kazan (KZN), Russia; Olbia (OLB) and Venice (VCE), Italy; Palma de Mallorca (PMI), Spain; Rhodes (RHO) and Thessaloniki (SKG), Greece; and Stavanger (SVG), Norway.

The latest OAG schedules show the airline is operating about 44 routes and 58,00 seats this week (w/c July 6), but the total number of routes served is expected to rise to 69 by the end of August.