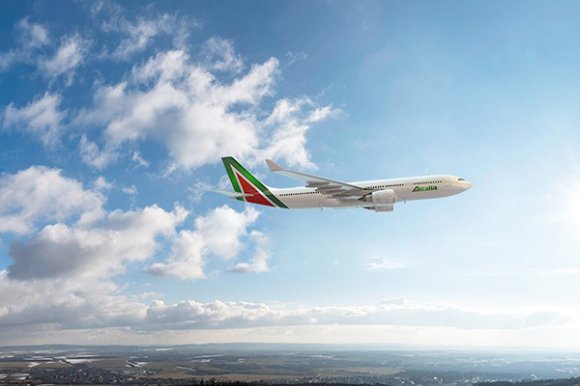 Italy’s flag-carrier Alitalia plans to resume a further two-dozen routes in August, including reinstating flights from Rome to Tokyo and from Milan to New York.

The airline, which is in the process of being nationalized, expects to operate 75 routes during the month, up from 51 in July. It will also fly to 52 airports—of which 20 are in Italy and 32 abroad—which represents an increase of 16 on this month.

In total, the SkyTeam alliance member will operate more than 1,600 weekly flights in August, 24% more than in July, and offer in excess of 1 million seats during the month, up 29% on July. However, the activity in August represents about 45% of what was planned before the COVID-19 crisis.

As well as resuming Milan Malpensa (MXP) to New York (JFK) from Aug. 15—a route that was suspended in early March when the number of coronavirus cases in the Lombardy region began to escalate—flights between Rome (FCO) and Tokyo will return on Aug. 17.

Prior to the pandemic, Alitalia provided daily flights to Narita (NRT), but these will be replaced with a 6X-weekly service to Haneda (HND). Other long-haul changes will see the airline increase FCO-JFK frequencies in August from four times per week to 8X-weekly, rising to 2X-daily by the end of the month.

On the medium-haul international network, the flag-carrier will expand the number of destinations served in Spain, France and North Africa, and resume services to and from the Middle East. Frequencies of flights will also be increased on domestic routes from FCO to Brindisi (BDS), from two to four daily flights, and Pantelleria (PNL), from four to six flights per week.

Milan Linate (LIN) is expected to reopen on July 13, with Alitalia’s first flight from the airport on July 24, operating a public service obligation (PSO) route to Sardinia. Prior to the COVID-19 crisis, LIN was Alitalia’s second biggest airport by capacity after FCO.