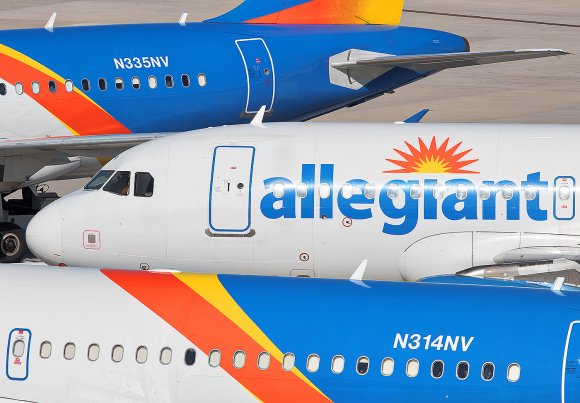 Allegiant Air will relax its pace of growth in the third quarter, citing deteriorating booking trends caused by a surge in COVID-19 cases across the US.

Las Vegas-based Allegiant previously planned to operate upwards of 80% of its July schedule, an aggressive rate of growth that highlighted its strong domestic network and leisure focus.

Now, the ULCC has taken that rate down to 75%, and plans to hold it mostly steady next month while management evaluates demand trends.

“Within the last two weeks, several states have reported increases in the number of people with the virus, which has negatively impacted bookings and tempered expectations into the third quarter,” Allegiant CFO Gregory Anderson said in a July 9 market update. “We continue to keep our finger on the pulse and will leverage the flexibility of our model to pull back capacity to match demand in the coming months.”

The announcement came as Allegiant reported another strong performance in June, boosted by a steady rebound in domestic passenger volumes, particularly for leisure travel. The carrier has tripled its share of total passenger traffic, carrying more than 6% of domestic travelers last month compared to less than 2% prior to the pandemic.

Gross bookings of more than $4 million per day in June exceeded expectations, helping to reduce average daily cash burn in Q2 to $900,000 from earlier forecasts of $1.75 million. Allegiant expects that rate of improvement to slow, leaving it with an average daily burn rate of $750,000 in Q3.

“During the month of June we operated 70% of our schedule while increasing load factor by nearly 10 points from May to 57.3%,” Allegiant VP-revenue Drew Wells said. “Capacity was down 17.5% for the month of June as compared with 2019, but peak day available seat miles actually grew 3.5% from the prior year.”

Allegiant’s deceleration comes as other US carriers are also putting the brakes on plans to add back flights in coming weeks, as the industry looks to avoid an overcapacity scenario after carriers spent the last two months ramping up schedules. American is keeping capacity mostly flat in August from July, while Delta is pausing growth in September to evaluate demand trends, after adding back 1,000 daily departures in July and August. United Airlines has also trimmed its planned rate of growth, cutting its system capacity to 35% next month from 40% previously.

Allegiant CEO Maurice Gallagher told shareholders last month that he plans to take advantage of cheap prices for used Airbus planes to grow the airline’s all-A320 fleet and source motors and parts; a strategy he successfully employed with the carrier’s former MD-80 fleet. The airline last counted 87 jets in its mostly leased fleet, with no outstanding orders. Its most recent fleet plan—last updated prior to the pandemic in January—showed it reaching 105 aircraft by year end.