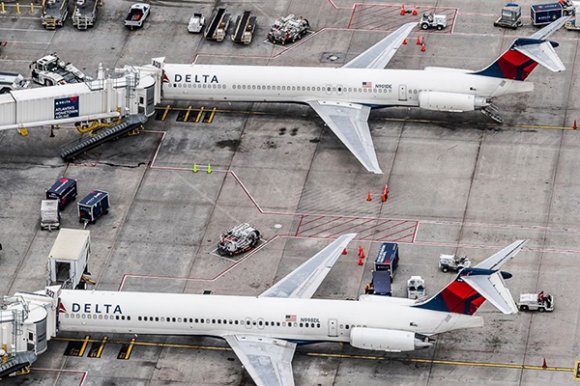 Atlanta-based Delta now plans to add just 500 daily departures next month, half of the 1,000 previously envisaged.

“We were expecting a choppy recovery, and the past few weeks have shown that to be true,” Delta CEO Ed Bastian told analysts on the company’s Q2 earnings call July 14. “We’ve seen demand growth flatten recently with the rise in COVID-19 cases. We are watching trends closely, and have pared back our capacity plans for August.”

Other US carriers, including Alaska Airlines, American Airlines and United Airlines, are also slowing their pace of growth in August, as surging coronavirus infections and a proliferation of new travel restrictions dampen the public’s appetite for leisure travel. Corporate travel, which typically provides half of Delta’s total revenues, “has not yet returned in any meaningful way,” Bastian noted.

“We remain cautious on the pace of recovery through the balance of the year. Additionally, there isn’t a clear timeline when international borders will open back up for US travelers,” Bastian said. “It’s against that uncertain backdrop that we are taking the industry’s most conservative approach to capacity.”

Delta’s $5.7 billion net loss offered a grim preview of what is expected to be the worst airline earnings season ever, with Credit Suisse analyst Jose Caiado expecting total industry revenues to be down 90% from last year.

Despite the weakening demand picture, Delta is still targeting breakeven cash burn by year end, down from $27 million per day currently and $50 million per day in May. The company has cut its operating costs in half since the pandemic began, and with $15.7 billion in liquidity, has enough cash on hand to sustain itself for over a year at present demand levels.

As it looks to become smaller, Delta announced plans to retire its 10-aircraft Boeing 737-700 fleet, while shedding additional portions of its 767-300ER and A320 fleets this year. The carrier has already retired more than 100 planes since April, including its entire 777, MD-88 and MD-90 fleets.

“We have the most flexible fleet in the US, and are pulling forward these and additional fleet simplification initiatives, which we believe will provide a lasting benefit to our cost structure,” Bastian said.

The Delta CEO reported that 17,000 of the company’s 90,000-strong pre-pandemic workforce have voluntarily decided to exit, an “optimistic” figure that he said could “minimize, if not eliminate, the need for involuntary furloughs.” Major airlines are widely expected to cut payrolls when the CARES Act’s prohibition on layoffs expires October 1.

“The difficult reality of resizing the airline is that we need a smaller workforce until we see demand return,” Bastian said. “We are hopeful that the voluntary programs can accomplish the vast majority of headcount changes we need.”