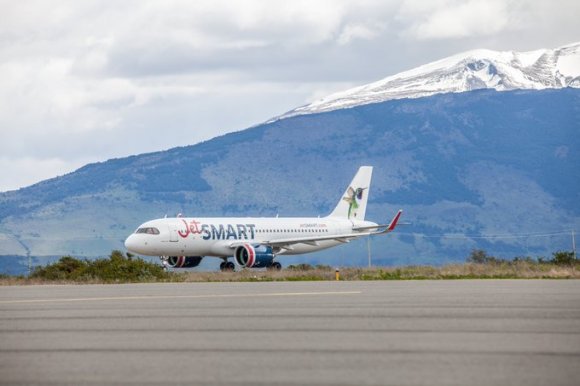 Less than three years after entering the Peruvian market, Chile’s JetSMART is preparing to launch a carrier in the county that will operate domestic and international routes.

The process to obtain an Air Operator Certificate is already underway and the airline hopes to begin domestic flights in Peru during the first half of 2021. Services to other South American countries and the Caribbean are also being considered.

JetSMART CEO Estuardo Ortiz said the COVID-19 pandemic has played a part in the company’s decision to expand into a third country. In addition to its Chile operation, JetSMART launched an Argentinian offshoot in 2019.

“The crisis that the industry is going through has tested the effectiveness of our ultra-low cost, flexible and efficient model,” Ortiz said.

“It has been an opportunity to innovate and explore new businesses that we did not consider for now, diversifying our expansion plan and participation in the region.

“For this reason, we have decided to start the certification process for domestic flights in Peru and our objective is to become a local airline.”

As well as operating services out of Peru’s capital Lima, JetSMART plans to focus on interregional routes to provide better connectivity across the country and ensure LIM does not become too congested.

JetSMART’s decision to expand in Peru comes as the country’s aviation landscape continues to change. While LATAM Airlines Group has long held a dominant position in the market, there has been rationalisation elsewhere.

At the same time, new LCC entrants Viva Air Peru and SKY Airline Peru have been adding large amounts of capacity, offering more than 2 million seats and 1.5 million seats respectively in 2019. The figures represented year-on-year increases of 151% and 858%.

In May 2019, Peru’s second-largest carrier Avianca also filed for Chapter 11 bankruptcy in the US, blaming the coronavirus pandemic for the “most challenging crisis” in its 100-year history.

As part of the restructuring process, the airline intends to close its operations in Peru, saying the decision “supports essential right-sizing efforts and will allow Avianca to renew its focus on core markets upon emergence from its court-supervised reorganization.”

Avianca offered almost 2.3 million departure seats in Peru during 2019, more than 700,000 of which were on domestic routes.

“COVID-19 has severely affected air traffic in the region. This leads us to adapt and modify our expansion plan, in order to use the fleet and continue building the leading ULCC airline in the region,” Ortiz said.

“Our proposal is simple and we hope it is at this stage a positive contribution to connectivity, tourism and employment in Peru. An opportunity has opened up in the market with the exit of some operators and we are ready to take advantage of it.”