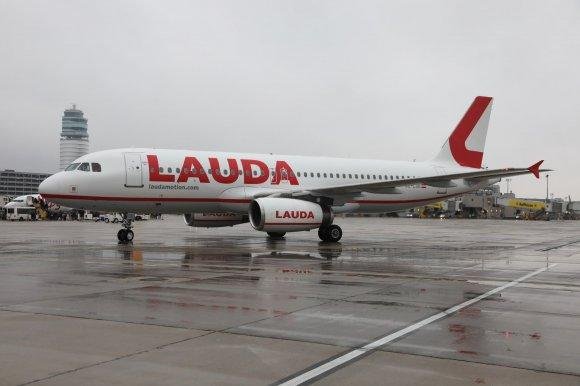 Ryanair Group’s Austrian subsidiary Laudamotion will be closed and its assets transferred to a new Maltese AOC called Lauda Europe.

The headquarters will move from Vienna to Malta, Laudamotion CEO Andreas Gruber told Aviation Week Network in an exclusive interview.

“We will subsequently reduce our Austrian AOC operation, close it and return [the AOC to the Austrian authorities]. We already applied for a Maltese AOC and plan to start operations from November,” Gruber told Aviation Week.

All employees will be offered positions at Lauda Europe. An office will remain in Vienna, but the head office will be transferred to Malta.

Lauda Europe Ltd. will remain as a wet-lease operator for Ryanair Group airlines. “But we would be also available for other airlines in the ACMI (aircraft, crew, maintenance and insurance) business if one day traffic recovers to better levels,” Gruber said.

Gruber described current load-factors and overall travel demand as “challenging.” Following the reopening of Lauda’s Vienna (VIE) A320 base on July 1, Ryanair—which has taken over Laudamotion’s slots at the airport—has operated a mixture of Boeing and Airbus aircraft to VIE.

“Our move to Malta will deliver enormous positive effects, not only in reducing costs and taxes. Because we also plan to start new bases again in the future wherever our clients want to have our aircraft,” Gruber said.

Lauda Europe should also bring financial benefits for many employees and minimize the impact caused by so-called double taxation agreements. All crews currently fall under Austria’s tax law, no matter where they are based. “Lauda Europe will be more flexible,” Gruber said.

Lauda will continue to operate bases in Dusseldorf, Germany (DUS); Palma de Mallorca, Spain (PMI); and Vienna (VIE). The carrier will close its German base at Stuttgart Airport (STR) by Oct. 30 after failing to agree to a new collective labor agreement (CLA) with staff there.

In June 2019, Ryanair announced plans to establish Malta Air in a joint venture with the Government of Malta. “I guess the Ryanair Group has already up to 150 aircrafts registered in Malta,” Gruber said.