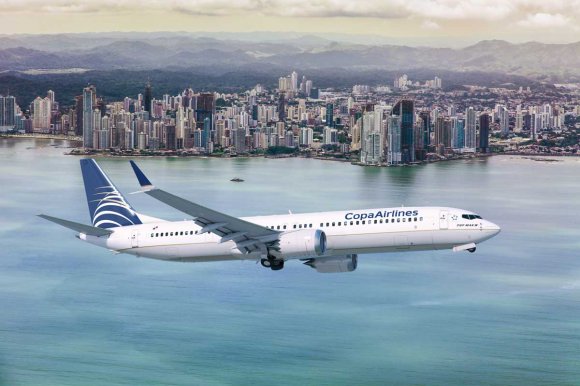 Copa Airlines will resume commercial operations in mid-August, bringing to an end an almost five-month period where the Star Alliance member's entire fleet has been grounded because of the COVID-19 pandemic.

Copa CEO Pedro Heilbron said the carrier has been granted permission by Panama’s government to restart flights to a limited number of destinations. A wider network expansion is planned from early September, providing additional coronavirus-related travel restrictions are not imposed.

“Initially we will serve 10 cities for passengers departing and connecting via Panama. Arrivals in Panama will be subject to specific approvals by the Panamanian government,” Heilbron told analysts on the airline’s quarterly call.

“Assuming there are no further extensions to the restrictions in Panama, we will restart our regular commercial operations on September 4. The scaled down schedule will be equivalent to less than 10% of our September 2019 capacity.”

“Subject to the easing of travel restrictions in the region and the demand environment, our plan is to gradually spool up our network so that by December 2020 we’re at approximately 30 to 40% of December 2019 capacity,” he added.

During the second quarter (Q2) of 2020, Copa only operated a small number of charters and humanitarian flights, amounting to less than 1% of its normal operating capacity.

In order to adjust the company’s size for what management expects “will be a weakened demand environment in the immediate future,” the carrier intends to simplify its fleet, the majority of which has been grounded since March 22.

Heilbron said the overall fleet size would be reduced to the “high seventies” although some aircraft would remain in long-term storage until demand returns. However, he stressed that Copa remains well-placed in the Latin American market thanks to its PTY hub, given that fewer markets in the region will be able to sustain point-to-point operations.

In the three months to the end of June, Copa’s parent Copa Holdings reported a net loss of $386 million with cash burn averaging at $77 million per month. Operating revenues totaled $14.5 million, down 97.7% on the same period a year ago.