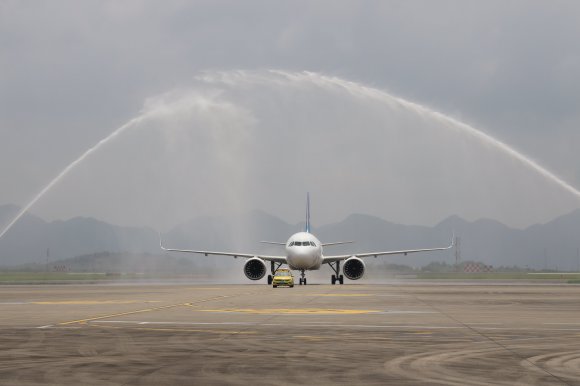 Chongqing-based China Express Airlines credits a business model in which it operates "exclusive" feeder routes for allowing it to post a strong performance in the first six months of 2020 despite the COVID-19 pandemic.

The carrier operates domestic feeder services between major hub airports in China and smaller Tier 2 and Tier 3 cities using 38 Bombardier CRJ900s and 12 Airbus A320s. The regional airline operates to 119 cities on 158 routes, of which 92% are feeder routes, covering 47% of China’s feeder airports.

The airline reported that it had returned to 82% of its pre-pandemic capacity levels by the end of June.

China Express said that despite lower passenger demand driven by the pandemic, its business model kept the airline operating profitably through the first six months of the year, and that its unique route network was a benefit as cities and industries re-opened following lockdowns. Lower fuel costs dampened the impact of low demand, the carrier added. An 83.3% year-over-year boost in cargo revenue helped propped up its earnings.