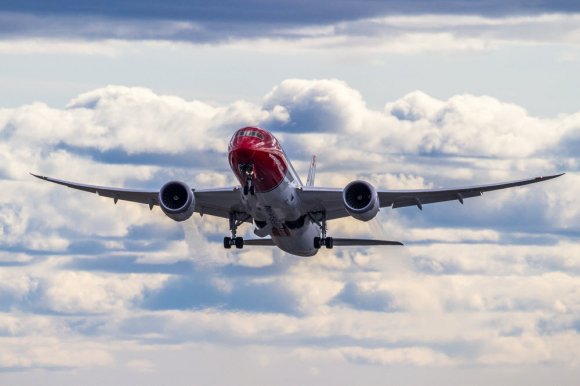 ULCC Swoop is set to begin operations from Toronto Pearson (YYZ) in October. The ULCC, a subsidiary of WestJet, plans to offer a mix of domestic and international routes.

“Travel is beginning to rebound, and we want to help encourage Canadians to reconnect with family and friends or plan that long-awaited vacation,” Swoop president Charles Duncan said.

Swoop will announce schedule details from YYZ in the coming weeks. However, the carrier intends to continue serving nearby Hamilton (YHM).

Norwegian has warned that the market remains “highly uncertain” because of changing travel advice from governments across Europe.

The carrier, which reopened 76 routes in July, said that the shifting advice is “immediately” hitting demand. It will therefore “adjust its route portfolio in line with demand and government travel advice.”

“We see that many of our main competitors receive considerable liquidity support from their governments as aviation represents the backbone of infrastructure,” CEO Jacob Schram said.

“We are thankful for the loan guarantee made available to us by the Norwegian government which we worked hard to obtain. However, given the current market conditions it is not enough to get through this prolonged crisis.”

Emirates is resuming passenger services to Bangkok (BKK) with daily flights from Sept. 1. Service will be operated with Boeing 777-300ER aircraft.

From Sept. 3, the airline will also resume passenger services to Conakry (CKY),Guinea, and Dakar (DSS), Senegal, taking the total number of cities served by Emirates in Africa to eight.

Flights from Dubai (DXB) to CKY and DSS will be linked services, operating 2X-weekly using 777-300ERs.

“Air traffic to the USA—the most important export market for Germany’s economy—has almost completely stalled. The economic consequences are disproportionate,” the carrier said.

The airline added the pilot would ensure that health protection measures can be bilaterally recognised as an exception to entry bans.

SAS plans to continue to increase the number of flights and open routes to more destinations in Europe, US and Asia “to meet the demand” for travel and transport to, from and within Scandinavia.

The airline said its domestic flights in Denmark, Norway and Sweden will cover almost the entire domestic network when SAS resumes its flights from Stavanger (SVG) to Trondheim (TRD) in Norway and from Stockholm (ARN) to Ronneby (RNB) and Sundsvall (SDL) in Sweden.

To meet the demand also for business travel to Europe, SAS is increasing the number of flights and adding 18 routes to key European markets and capitals, such as from Copenhagen (CPH) to Paris (CDG), from ARN to Frankfurt (FRA) and from Oslo (OSL) to Brussels (BRU).