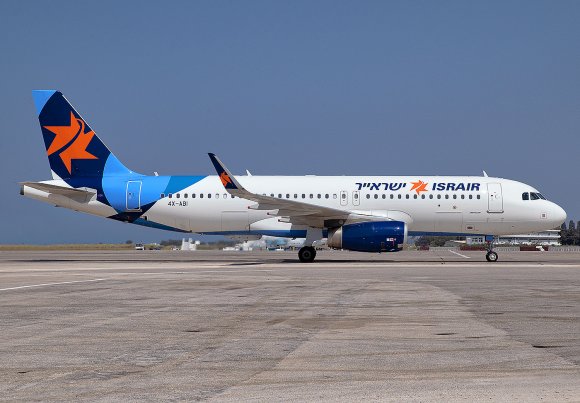 Israeli airline Israir has signaled its intention to begin nonstop services between Israel and the United Arab Emirates (UAE) as diplomatic relations between the two countries continue to thaw.

The carrier has applied for permission to operate commercial passenger flights and has tentatively booked departure and arrival slots at Tel Aviv’s Ben Gurion Airport (TLV) in order to open a route to Dubai International (DXB).

As first reported by Reuters, Israir plans to operate eight round-trip flights from TLV to DXB throughout October should the necessary approvals be granted.

The move comes less than a month after Israel and the UAE reached an agreement to normalize relations, becoming only the third Israel-Arab peace deal since Israel's declaration of independence in 1948.

The agreement—brokered by the US—was made public in a surprise announcement on Aug. 13. A joint statement issued by US president Donald Trump, Israeli prime minister Benjamin Netanyahu and UAE crown prince Mohammed bin Zayed described the deal as an “historic diplomatic breakthrough” that would “advance peace in the Middle East region.”

Since the agreement was struck, El Al Israel Airlines on Aug. 31 completed a symbolic first direct service from TLV to Abu Dhabi (AUH).

The 3-hr. 20-min.-flight—given the flight number LY971 as a nod to the UAE's international calling code number—carried a delegation of Israeli and US diplomats. The chartered flight was also allowed to cross Saudi Arabian airspace, previously blocked to Israeli airlines.

On Sept. 2, Saudi Arabia then confirmed that it would allow any flights going to and from the UAE to use its airspace at the request of the UAE. This will significantly reduce flying time between Israel and the UAE and will make routes more commercially viable.

Bahrain has also followed suit, stating that the kingdom would allow all flights between the UAE and any other country to cross its airspace.

It is hoped the launch of direct routes between Israel and the UAE will stimulate leisure and religious tourism between the two countries, as well as opening important freight links.