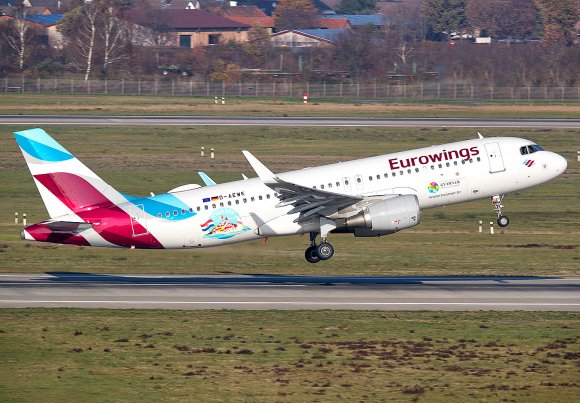 Lufthansa LCC subsidiary Eurowings is taking advantage of Ryanair’s base closure at Düsseldorf International Airport (DUS) in Germany as it plans to take over up to 95% of the routes that have been operated by the Irish carrier.

The increased flight program should start on Oct. 24, the day when Ryanair wet-lease operator Laudamotion closes its base at DUS, which will see the loss of 150 crew jobs and seven Airbus A320 from the airport. Laudamotion co-CEO Andreas Gruber previously told Aviation Week Network that the decision to close the DUS base was made by parent Ryanair, which is also closing its base at Stuttgart Airport (STR) on Sept. 30 affecting 70 jobs.

Eurowings CEO Jens Bischof said in a Sept. 15 statement that the closure of the Ryanair bases in Stuttgart and Düsseldorf was just the beginning. “With a closer look, the ultra-low-cost business model all over Germany is on its way to shrinking… Our clients don’t search for tickets of €5 in times of a crisis, they are demanding an airline in which they can trust.“

On Sept. 2 Eurowings said it would fly around 50 aircraft this autumn, but that will now likely be fewer as demand has weakened. From its current 90-strong fleet, the Lufthansa subsidiary has around 40 aircraft in long-term storage. “We have too many aircraft,” Bischof said Sept. 2.