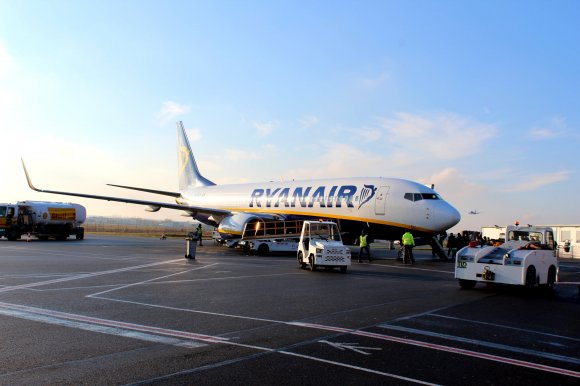 Ryanair is opening a base at Paris Beauvais (BVA) before the end of the year, the first new outpost to be announced by the carrier since the COVID-19 pandemic began.

Two Boeing 737 aircraft will be stationed at the airport from Dec. 3, enabling the launch of two new routes in addition to the existing 30 destinations offered.

The airline is already the largest operator at BVA—located about 75 km north of France’s capital city—having provided more than 1.7 million departure seats from the airport in 2019. This figure represented an increase of 2.3% on the previous 12 months.

Ryanair director of commercial Jason McGuinness said the decision to station two aircraft at BVA represents a long-term investment, adding the airport offers “the means for traffic growth and new routes.” It will become Ryanair’s fourth base in France alongside Bordeaux (BOD), Marseille (MRS) and Toulouse (TLS).

The new routes being launched will connect BVA with Manchester (MAN) and Paphos (PFO) in Cyprus. Both will operate 2X-weekly. Existing destinations served by Ryanair from BVA include Barcelona (BCN), Budapest (BUD), Dublin (DUB) and Vienna (VIE).

“Our historic relationship has been strengthened and is now evolving to a new dimension with this operational base, its jobs and the potential developments it will allow, especially in such challenging times for air transport,” BVA chairman François Rubichon said.

The planned launch of the new base comes despite Ryanair’s decision to trim capacity over the coming months, blaming “continuous changes” in EU government travel restrictions for denting bookings.

Ryanair will cut October capacity by 20%, on top of a 20% reduction already announced in mid-August. The airline now expects next month’s capacity to fall from around 50% of its October 2019 levels to 40%. However, the ULCC said it should maintain a load factor of at least 70% at this reduced schedule.

“We are disappointed to reduce our Oct capacity from 50% of 2019 to 40%. However, as customer confidence is damaged by government mismanagement of COVID travel policies, many Ryanair customers are unable to travel for business or urgent family reasons without being subjected to defective 14-day quarantines,” a spokesperson said on Sept. 18.