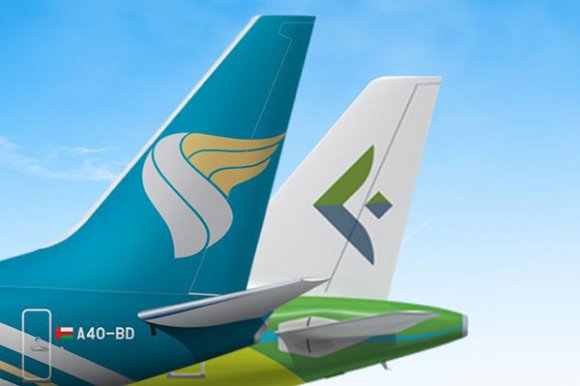 Omani LCC SalamAir has signed a codeshare agreement with the national airline Oman Air and begun operating flights to India as part of a bilateral air bubble arrangement.

Under the codeshare deal, Oman Air is putting its WY code on SalamAir flights between Muscat (MCT) and five international destinations covering: Chittagong (CGP) and Dhaka (DAC) in Bangladesh; Multan (MUX) and Sialkot (SKT) in Pakistan; and Khartoum (KRT), Sudan.

SalamAir CEO Captain Mohamed Ahmed said the agreement was the “first step” of a deeper partnership between the two Omani carriers, adding that “more travel opportunities” for passengers of both airlines would be added “when the opportunities arise.”

The codeshare agreement is the first SalamAir has signed since the LCC began operations in January 2017. The airline, which operates six Airbus A320neo aircraft, has also started service to six destinations in India.

As part of this air bubble pact between India and Oman, SalamAir will operate special passenger flights twice a week to Calicut (CCJ), Chennai (MAA), Hyderabad (HYD), Jaipur (JAI), Lucknow (LKO) and Trivandrum (TRV) until the end of November.

Although the agreement is only temporary, Ahmed hopes India will become a regular scheduled passenger destination in the near future.

“India is one of the most important markets for all airlines operating in the Middle East due to the size of its population, number of tourists from the country, and expat residents,” he said.

“SalamAir has operated nearly 700 chartered flights to overseas destinations over the last three months, with many of them flying to India. This has enabled us to gain a lot of knowledge about the market and passengers’ expectations.

“This exposure will make our entry to the Indian market a smoother experience. We are working closely with concerned authorities to secure the necessary clearance to start permanent operations.”

According to data provided by Sabre Market Intelligence, O&D traffic between Oman and India totaled 1.8 million two-way passengers in 2019, down 15.2% on the previous 12 months. The market between the two countries is served nonstop by Air India, GoAir, IndiGo, Oman Air and SpiceJet.