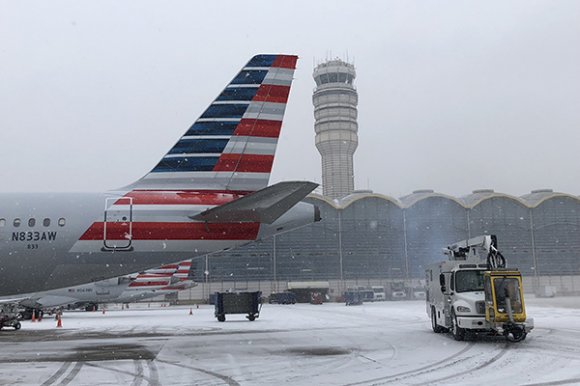 The FAA extended slot rule waivers at three congested US East Coast airports through the end of March, in an effort to relieve airlines hard hit by the COVID-19 pandemic.

The waivers exempt airlines at the country’s three IATA Level 3 slot-constrained airports—New York's JFK (JFK) and LaGuardia (LGA) plus Ronald Reagan Washington National (DCA)—from the usual FAA requirement that they operate at least 80% of scheduled flights or else risk losing their slots.

The slot rule waiver, which was previously set to expire on Oct. 24, will now be extended until March 27, 2021. The relief will apply to both foreign and domestic slot holders, although the Department of Transportation reserves the right to revoke waivers for airlines whose home countries do not act in a reciprocal manner toward US carriers.

“Due to the unprecedented operational impact of the COVID-19 pandemic on commercial air travel, we requested that the FAA waive enforcement of ‘use or lose’ slot rules requiring airlines to operate minimum numbers of flights to certain airports in order to maintain their slots,” an Airlines for America spokesman told the Aviation Week Network. “The FAA acted swiftly to provide slot relief in March, and we applaud its decision to extend the slot waivers.”

The FAA will also extend an earlier decision to relax formal schedule reviews, used by the agency to establish operational baselines for seasonal service levels, through March 27 at four IATA-designated Level 2 airports: Chicago O’Hare (ORD), Los Angeles International (LAX), Newark Liberty International (EWR) and San Francisco International (SFO). As part of that relief, the agency will give credit to carriers for flights canceled due to the pandemic when it conducts future schedule reviews, as though those flights had been operated.