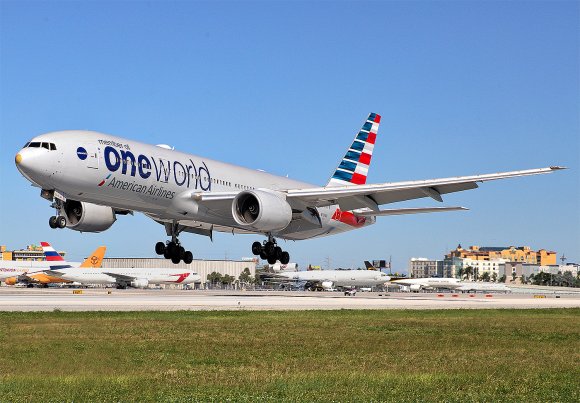 The flights launch from American’s Dallas-Fort Worth (DFW) hub on March 27, 2021, and will be operated with Boeing 787-8s. As part of the move, the carrier will no longer operate to PEK, which it served previously before halting flights to China in February because of the COVID-19 pandemic.

Unlike Delta Air Lines and United Airlines, which both resumed operations to China in July, American has not yet resumed passenger flights to the country, although it is currently operating cargo-only flights to PEK, which will end in March.

Relocating to PKX will allow American to codeshare with fellow oneworld alliance member China Southern Airlines, which is in the process of relocating its entire Beijing operation to the newer airport. Other oneworld members—including British Airways, Malaysia Airlines and S7 Airlines—have also begun operating to PKX, while another oneworld member Qatar Airways has announced plans to do the same.

“Moving to Daxing International Airport in Beijing when flights return in March is going to offer our customers access to a state-of-the-art airport, with ease of connections as we plan to codeshare with our strategic partner, China Southern,” American chief revenue officer Vasu Raja said in a statement. “While there is so much uncertainty in travel right now, we want to be well-positioned to serve our customers, shareholders and team members with the best service, convenience and products all over the world when they’re ready. Daxing is very much a part of that bright future.”

Delta has also announced plans to transfer its PEK flights to PKX beginning in March, enabling it to codeshare with China Eastern Airlines, which also operates a hub there. United, on the other hand, will remain with codeshare partner Air China at PEK.

Both Delta and United also operate to Shanghai Pudong International (PVG); Delta via Seoul Incheon (ICN) from Seattle (SEA) and Detroit; and United via ICN from San Francisco (SFO), which will become nonstop beginning Oct. 21. Prior to the pandemic, American also operated to PVG from DFW; those flights will be transferred to SEA beginning March 27, to be fed by domestic traffic from Seattle-based codeshare partner Alaska Airlines. American’s planned SEA-PVG route will be operated with 777-200ERs.