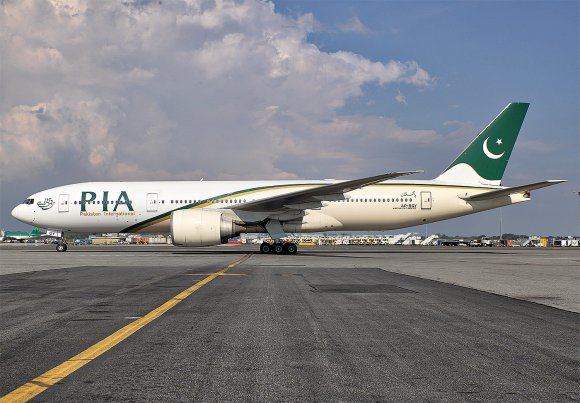 Although long-haul route launches are relatively scarce at the moment, Pakistan is set to welcome four new services over the coming weeks as British Airways (BA) expands its offer and Virgin Atlantic enters the market.

The first of the four starts Oct. 12 with BA adding a second destination in the country as it begins flights to Lahore (LHE) from London Heathrow (LHR). Virgin Atlantic is also preparing to open its own LHR-LHE route in December, alongside flights to Islamabad (ISB) from LHR and Manchester (MAN).

The arrival of the new nonstop international services will come as a welcome boost for Pakistan’s aviation industry following a turbulent  2020—and not just because of the COVID-19 pandemic.

After Pakistan International Airlines (PIA) flight 8303 crashed in Karachi in May, killing all but two of the 99 passengers on board the Airbus A320, it emerged that more than 260 of 860 pilot licences issued by Pakistani regulators were fraudulent.

The move prompted EASA to suspend PIA authorization to fly to the European Union for six months, while the US Department of Transportation revoked permission for the carrier to fly to the US. The UK also followed suit.

BA and Virgin Atlantic are therefore likely to be introducing their new nonstop routes to fill a gap in the market left by PIA, taking advantage of the VFR demand that exists and enabling passengers to bypass hubs in the Gulf that are subject to coronavirus restrictions.

Despite the new routes, the suspension of PIA flights to Europe—a region which accounted for 24.4% of all international seats offered by the airline in 2019—comes as a blow to Pakistan given that its international market was already in decline before the COVID-19 pandemic.

According to the OAG Schedules Analyser figures, total international capacity from Pakistan dropped 4% last year to 10 million available departure seats. This followed a static year in 2018.

The reduction in 2019 was largely attributable to the demise of Shaheen Air International, previously the second-largest operator in the country until its failure in late 2018.

However, the likes of Emirates Airline, flydubai, Airblue, Thai Airways and Etihad Airways also reduced capacity during 2019—a year when Pakistan closed the airspace along its east border with India for almost five months—meaning the overall decline would have been greater had PIA not expanded by 9%.

The Middle East is the largest market for passenger flows from Pakistan thanks to its large population of migrant workers, followed by Western Europe and North East Asia. Data provided by OAG shows that 83% of all international departure seats from Pakistan in 2019 were to destinations in the Middle East, led by Dubai International (DXB) with 2.2 million seats.

Western Europe accounted for 917,372 seats, more than 713,000 of which were to the UK and Turkey. However, major aviation hubs like Amsterdam (AMS), Frankfurt (FRA) and Madrid (MAD) remain unserved nonstop from Pakistan.

Of Pakistan’s international traffic, the low-cost share is much smaller than some of the country’s South Asia neighbors. OAG figures show there were fewer than 1.3 million low-cost departure seats from Pakistan in 2019, representing 12.8% of the capacity offered. In India, for example, LCCs account for about 30% of all international seats.

Likewise, the presence of alliance member airlines in Pakistan’s international market is also low. Almost 70% of available seats during 2019 were on board unaligned carriers.

Given the relatively low penetration of LCCs, opportunities clearly exist, particularly on services from the Gulf. Of Pakistan’s top 10 international routes by capacity during 2019, only three of them had an LCC presence.

While Pakistan’s international market increased by 69% between 2010 and 2019—despite the year-on-year contraction during 2019—the country’s domestic market has remained in the doldrums.

Shaheen Air International’s failure removed more than 400,000 seats in 2019, while Airblue reduced domestic capacity by 29% and PIA by 23%.

Given Pakistan is the fifth most populous country in the world with a population of about 222 million, if the number of available domestic seats are divided by the population, the country performs poorly.

It has about 0.02 seats per person—this compares with about 0.15 in India, 0.12 in Nepal, and 0.03 in Bangladesh. Only Sri Lanka is lower, but this is unsurprising given the size of the island nation.