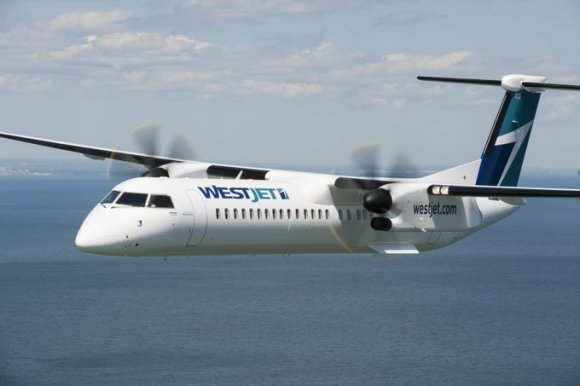 WestJet, citing a lack of demand exacerbated by a local travel bubble, will suspend flights to Charlottetown (YYG), Fredericton (YFC), Moncton (YQM) and Sydney (YQY) effective Nov. 2, wiping out 100 weekly flights and 80% of the airline’s capacity in Canada’s Atlantic region.

“It has become unviable to serve these markets and these decisions were regrettably inevitable as demand is being obliterated by the Atlantic bubble and third-party fee increases,” WestJet president and CEO Ed Sims said.

“Since the pandemic’s beginning, we have worked to keep essential air service to all of our domestic airports, but we are out of runway and have been forced to suspend service in the region without sector-specific support.”

Atlantic Canada’s four provinces—New Brunswick; Nova Scotia; Prince Edward Island; Newfoundland and Labrador—have had a strict travel bubble in place since mid-summer that permits travel between them. But those traveling into or out of the region face restrictions, including 14-day quarantines. This has cut regional travel demand, Sims said, adding to significant declines across the carrier’s network.

“In normal times, we would fly more than two million guests every month,” Sims said in a video message. “Since the onset of the pandemic in March, we have flown just over one million guests in total.”

While the carrier has parked about 60% of its 170-aircraft fleet, reduced service, and cut some international destinations, it has maintained flights to all 39 Canadian stations it was serving before the pandemic. The Atlantic moves change this. WestJet will not leave the region completely, as limited flights will continue between Halifax (YHZ) and Calgary (YYC), St. John’s (YYT) and Toronto (YYZ).

“While we remain committed to the Atlantic region, it’s impossible to say when there will be a return to service without support for a coordinated domestic approach,” Sims said. “Our intent is to return as soon as it becomes economically viable to do so.”

The changes mean more layoffs for WestJet, which in June announced a major round of about 3,300 layoffs to help cut costs amid reduced flying. The carrier will lay off all employees at the four suspended stations.

In addition to the Atlantic Canada service changes, on Oct. 14 WestJet announced the airline will be laying off an additional 100 “corporate and operational support employees,” the carrier said. The additional cuts come “as prospects for any near-term recovery continue to fade and demand remains weak across its operations,” the airline said.

WestJet’s moves come several months after Air Canada announced it would cut 30 domestic routes—most of which touched the Atlantic region.

Sims and other Canadian aviation leaders continue to push the country’s government for targeted support. While Canada has set up financial support for individuals who have lost jobs, it has not stepped in and provided financial backing for airlines.