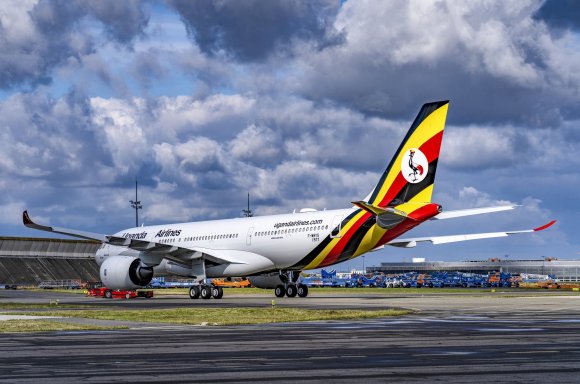 East African carrier Uganda Airlines will receive its first Airbus A330-800 in December, enabling the airline to launch long-haul routes in 2021.

State-owned Uganda Airlines started Bombardier CRJ900 operations in August 2019. Despite the COVID-19 outbreak, the Entebbe (EBB)-based carrier is sticking with its original plan to expand to long-haul flying in early 2021.

A Uganda-based airline has not flown beyond Africa in 18 years. The previous incarnation of Uganda Airlines collapsed in 2001, while privately owned Air Uganda closed its doors in 2014.

A pair of new A330-800s are being purchased directly from Airbus by the Ugandan government. The first of these aircraft left the Airbus paint shop on Oct. 16.

The first route to be flown with the Airbus A330-800 is expected to be EBB-London Heathrow (LHR). Other potential long-haul destinations include Dubai (DXB), Guangzhou (CAN) and Mumbai (BOM).