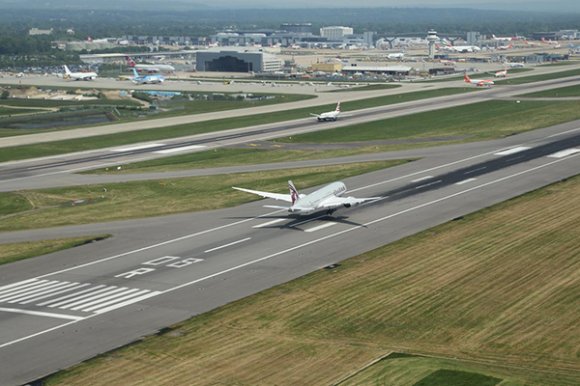 The Gulf carrier resumed daily service between Doha (DOH) and LGW in August having suspended the route in March when the COVID-19 crisis deepened.

Kershaw said the airline intends to maintain its presence at the airport despite oneworld alliance partner British Airways’ (BA) decision to shrink its operations at LGW as part of a wider restructure.

“[Exiting Gatwick] is not on the agenda for the moment,” Kershaw said. “We launched Gatwick in 2018 and we went triple daily almost immediately on the route. It’s performed spectacularly well for us.

“Gatwick also has a different catchment area and a different demographic than Heathrow. We relaunched Gatwick in August with six days’ notice and load factors continue to grow.”

“When we see demand, we can react to that demand,” Kershaw said. “As the UK government opens things up and shuts things down, it pretty much makes it a moving feast for us. But a lot of it is down to consumer confidence and whether people want to travel.”

He added there are pockets of leisure and business traffic at the moment, as well as some student traffic, but the main driver of demand is centered around VFR travel.

On Oct. 16, Qatar Airways resumed flights to Sofia (SOF) via Bucharest (OTP), marking the 100th destination to be added back to its global network. The 3X-weekly service to SOF expanded the carrier’s network to more than 700 weekly flights across six continents.

Since the onset of the pandemic, Qatar Airways has flown more than 2.3 million passengers on over 37,000 flights. The airline has also operated in excess of 400 charter flights across the world.

Kershaw said staying nimble has been essential: “You can get a NOTAM [notice to airmen] pushed out with 8-12 hours’ notice, and all of a sudden your best laid plans for flying somewhere have disappeared into thin air.

“But I think the flexibility of our fleet has allowed us to be very successful, enabling us to react to this and fly some thinner routes in response to demand.”