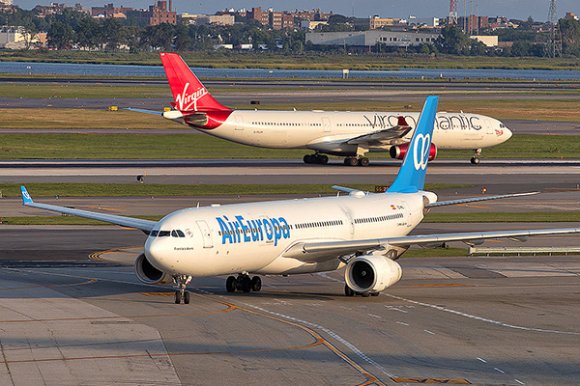 Qantas chairman Richard Goyder is hoping to establish more travel bubbles over the coming months, including to places that were not part of the airline’s pre-COVID network.

Speaking at the company’s AGM, he said the lifting of some restrictions with New Zealand is “very encouraging” and added that “so too is the potential for travel bubbles with parts of Asia.”

“By early next year, we may find that Korea, Taiwan and various islands in the Pacific are top Qantas destinations while we wait for our core international markets like the US and UK to re-open,” Goyder said.

“We’re already doing this domestically—adding new destinations that suddenly make sense—and it’s the kind of flexibility we need to make the most of any cash positive opportunities in the year ahead.”

Air Europa plans to double the number of flights operating to Latin America before the end of the year with an increase in frequencies and the gradual incorporation of new destinations.

The Spanish carrier intends to resume service in November to Bogotá (BOG), Caracas (CCS), Havana (HAV) and Medellín (MDE), each with 1X-weekly frequency.

Next month the airline will also operate 3X-weekly to Santo Domingo (SDQ) instead of 2X-weekly, while an extra frequency will be added to Quito (UIO) and Guayaquil (GYE) to become 2X-weekly.

Further growth is planned in December as Air Europa expects to resume routes to Miami (MIA), Panama (PTY), Punta Cana (PUJ) and Salvador de Bahía (SSA). By the end of the year the airline will operate in 18 of its 23 Americas destinations.

Jet2 plans to recommence flights and holidays to the Canary Islands from Oct. 30 from all nine of its UK bases after the UK government removed the islands from its quarantine list.

“For some time, we have been calling for a proportionate, evidence-based approach to safe travel and this is very much a step in the right direction,” CEO Steve Heapy said.

Flights to the island of Tenerife will restart on Oct. 30, followed by Gran Canaria, Lanzarote and Fuerteventura from Nov. 1 onwards.

The UK government has also opened air corridors with the Greek island of Mykonos and the Maldives. WTTC president and CEO Gloria Guevara welcomed the move but expressed disappointment that more destinations have gone back on the government’s quarantine list.

TUI is adding six new domestic routes in Sweden this winter in partnership with Scandinavian Mountains Airport (SCR) in Sälen.

The new routes will depart from Stockholm (ARN), Gothenburg (GOT) and Malmö (MMX) 2X-weekly between December and March, as well as on select dates from Norrköping (NRK), Ängelholm-Helsingborg (AGH) and Växjö (VXO).

“We are delighted that TUI has chosen to invest in Sweden’s domestic market with new direct routes to the ski resort Sälen and sees new opportunities in these challenging times,” Swedavia director of aviation business Elizabeth Axtelius said.

Ukrainian LCC SkyUp plans to launch services from Zaporizhia (OZH) to Batumi (BUS), Larnaca (LCA) and Prague (PRG) in summer 2021. The airline made the announcement at the opening of OZH’s new terminal building on Oct. 19.

“The opening of the new terminal is not only an important milestone in the development of Zaporizhzhia airport as an air gateway of the south-east of Ukraine, but also a significant event for all civil aviation, especially in such a difficult period we’re going through now,” SkyUp acting CEO Dmytro Seroukhov said.

Pegasus is adding a new route to its growing number of direct flights from Antalya (AYT) in Turkey. Service to Moscow Domodedovo (DME) will begin on Nov. 10, operating 3X-weekly on Tuesday, Thursday and Sunday.

The addition of DME increases the airline’s international network from AYT to seven destinations. The LCC also flies to five domestic destinations in Turkey from the airport.

Both Antigua and Grenada are currently included in of the UK’s travel corridor list, allowing quarantine free travel for passengers.

Wizz Air UK has launched its base at London Gatwick (LGW), opening four new routes to Athens (ATH), Lanzarote (ACE), Malta (MLA) and Naples (NAP). LGW is one of three UK bases for the airline alongside London Luton (LTN) and Doncaster Sheffield (DSA). One Airbus A321 is based at LGW.

“This opening is further evidence of our commitment to the UK market, as we create local jobs and deliver on our promise of providing affordable, direct flights to exciting destinations,” Wizz Air UK MD Owain Jones said.

Emirates Airline will introduce Airbus A380 services to Amman (AMM) in Jordon as part of its expanded schedule of 10X-weekly services, starting from Nov. 4. Passengers can fly the A380 from Dubai (DXB) to AMM 3X-weekly on Wednesdays, Thursday and Fridays. The airline currently operates the A380 to Cairo, Paris, London Heathrow, Guangzhou and Moscow.