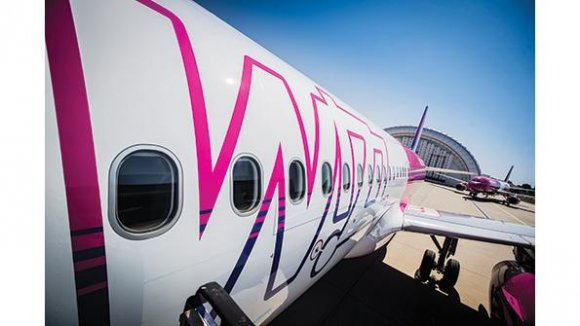 More destinations in Western Europe will be added to Wizz Air’s network from the UK as the carrier seeks to increase its share of leisure traffic, according to the MD of the Hungarian airline’s UK subsidiary.

Speaking to Routes following the opening of the airline’s second and third UK bases at London Gatwick (LGW) and Doncaster Sheffield (DSA), Owain Jones said the focus on leisure points would diversify its customer base and complement its existing strength on VFR routes to Central and Eastern Europe.

During the past week the ULCC has stationed one Airbus A321 at LGW and announced the launch of two new routes to Tenerife (TFS) and Fuerteventura (FUE). Flights will begin on Oct. 31 and Nov. 1 operating 3X-weekly and 2X-weekly respectively. The expansion means Wizz now operates 11 services from LGW.

Additionally, the carrier has based one A320 at DSA and opened four routes to Larnaca (LCA), Lublin (LUZ), Malaga (AGP) and TFS. A second aircraft will join the base in December when nine new routes are scheduled to begin, seven of which are to leisure destinations in Western Europe including Alicante (ALC) and Lisbon (LIS).

“I think it’s a natural development for our UK network to add more leisure routes,” Jones said. “This is something we did at London Luton (LTN) over the summer. We took the view that while VFR [visiting friends and relatives] demand will recover, it’s not going to be to the extent where we need to fly six times daily to Budapest.

“That means there’s capacity available beyond our traditional services to Central and Eastern Europe. We therefore launched West to West leisure routes in a big way from Luton and, although some destinations were subject to travel restrictions, when people could travel, the routes were very successful.”

The UK government’s decision to add the Canary Islands to its safe travel list on Oct. 22 prompted the launch of the TFS and FUE routes from LGW. The airline is also increasing capacity on existing flights from LTN to FUE, Gran Canaria (LPA), Lanzarote (ACE) and TFS, and from DSA to ACE, LPA and TFS.

“A strength of Wizz during this crisis has been to cope with ever-changing travel restrictions,” Jones said. “Since the Canary Islands announcement, we’ve reacted extremely quickly and really accelerated our plans there. We began adding capacity and routes within two hours of the announcement being made.”

Jones believes that there is pent up demand to fly but is critical of how travel restrictions have been implemented during the pandemic.

“There has been a failure at government level across Europe to give people certainty about how and when they can travel,” he said. “But the moment that people are able to travel with an element of certainty, they will travel.”

Jones added that the UK’s new Global Travel Taskforce—set up to explore how to cut the 14-day self-isolation period with testing—was a “step in the right direction” should it lead to reduced quarantine measures. However, he said this will not be enough to restore confidence in flying and increase demand.

“We think the government should be focusing on enabling measures, rather than just pure support measures,” Jones said.

“Those measures would be getting an intergovernmental alignment with other European governments about how you can travel safely and securely across borders again. Maybe that will translate into some sort of pre-flight testing which is acceptable on an international level.”

The opening of Wizz’s new LGW and DSA bases came as the ULCC announced further expansion in Italy. One A321 will be stationed at Bari’sAeroporti di Puglia (BRI) from December, enabling the launch of new routes to Bologna (BLQ), Turin (TRN), Verona (VRN).

Additionally, Wizz plans to start three new routes from Milan Malpensa (MXP) to Brindisi (BDS), Lamezia Terme (SUF) and Naples (NAP) and one new service connecting Catania (CTA) with VRN. Flights between BRI and MXP will also be increased from seven to 11 per week.

“The creation of our third base in Italy with one state-of-the-art modern aircraft emphasizes the importance of the Italian market for our operations,” Wizz CCO George Michalopoulos said.