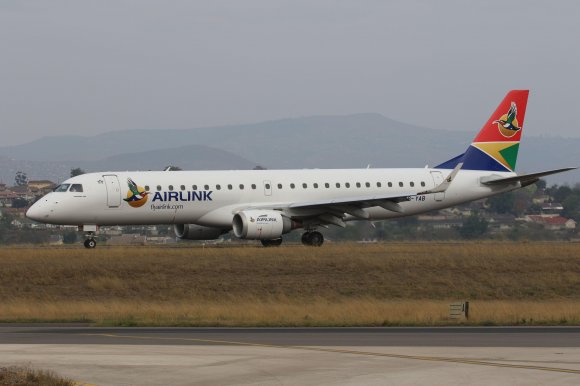 South African regional airline Airlink, which ended a 23-year franchise agreement with national flag carrier South African Airways (SAA) earlier this year, is forging its own path as seen in recent moves to buttress its network and reach.

The carrier is already operating and issuing tickets under its own "4Z" code and now no longer sells tickets via SAA’s website.

The emphasis on its new existence as an independent airline has been underlined in the past two weeks with the signing of interline agreements with both Emirates Airline and Qatar Airways, which gives passengers on Airlink’s extensive domestic and Southern African route network links to the Gulf carriers’ international services.

Middle East airlines have, in recent years, been funneling increasing numbers of long-haul passengers from Southern Africa into their own networks, and away from SAA’s. This has been one contributory factor to SAA’s weakened financial position. The national carrier has been in business rescue, South Africa’s equivalent of US Chapter 11 proceedings, since December 2019 and its fate remains in the balance.

Airlink noted that the severing of its franchise agreement with SAA has “liberated” it and enabled it to forge commercial ties with other international airlines. As well as the two Middle East airlines, Airlink has also signed interline agreements with British Airways, KLM, Air France and United Airlines.

Airlink CEO and MD Rodger Foster noted that despite the COVID-19 pandemic, and in contrast to SAA, Airlink is “a financially sound and robust business.”

He pointed to “recent commercial developments, including the interline agreements, the launch of our own mainline South African domestic services and new regional routes linking Johannesburg (JNB) with Maputo, Mozambique (MPM) and Windhoek, Namibia (WDH).”

South Africa has been badly hit by the COVID-19 pandemic and the country’s government shut down all airline operations for several months. Airlink, together with other carriers, is reinstating its route network and also plans to announce new routes over coming months.