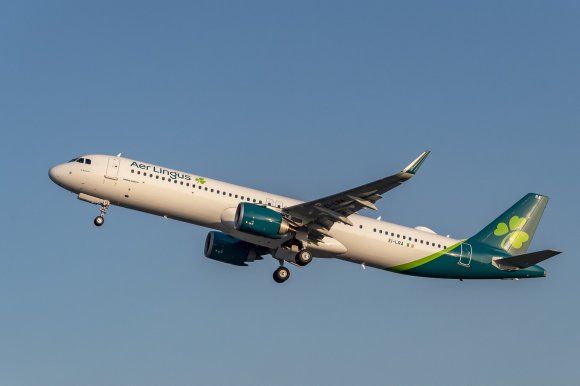 The US Department of Transportation (DOT) said the provisional ruling would allow Aer Lingus to be integrated into the joint business’ network planning, pricing, and sales activities.

With the addition of Aer Lingus, over time the carriers are expected to expand capacity on some existing routes while introducing services on several new routes.

“Our analysis indicates that adding Aer Lingus to the existing joint business will result in public benefits that are greater than any potential competitive harm stemming from the proposed joint business,” the DOT said. “We tentatively find that the public benefits could not be achieved without a grant of antitrust immunity.”

Aer Lingus was bought by BA and Iberia owner International Airlines Group (IAG) in 2015 and applied to join the joint venture in December 2018. The venture is known as the oneworld immunized alliance, although Aer Lingus is not a member of oneworld.

Prior to the COVID-19 pandemic, the Dublin-based airline was the largest player in the US-Ireland market with a 44% share. Following the carrier’s entry into the joint venture, the DOT said the partnership’s share would rise to almost 60%.

However, the department believes that there is “ample competition” to challenge the carriers and prevent any anticompetitive behaviour, adding that the extended range of narrowbody aircraft like the Airbus A321neo or the Boeing 737 Max could encourage new players to enter the market.

Before the coronavirus outbreak, five carriers offered routes between the US and Ireland. They were Delta Air Lines, Norwegian and United Airlines, in addition to Aer Lingus and American Airlines.

“Given the presence of an LCC with substantial market share pre-COVID, the relatively low barriers to entry that will be further reduced, and the presence of three other competitors to Aer Lingus, the Department anticipates ample competition will exist to thwart any potentially anticompetitive behaviour that could result from approving the proposed joint business,” the DOT ruling said.

The department added that as Aer Lingus carries only 3% of passengers between the US and continental Europe, it does not expect the proposed venture would significantly impact competition on US-Europe routes.

Both Delta and JetBlue Airways made representations to the DOT, with each carrier outlining concerns about the potential impact on transatlantic competition and IAG’s increased London slot portfolio since the DOT granted antitrust immunity in 2010.

The department said it sees “merit” in the arguments made by Delta and JetBlue and supports the UK Competition and Markets Authority’s ongoing investigation into the impact of the existing joint business of American Airlines, BA, Iberia and Finnair on US-UK routes and London slots.

“The Department is proposing, as a condition of approval, that the carriers continue to comply with certain slot remedies at London airports that were imposed when the oneworld alliance was initially approved in 2010, and as have been extended by the UK’s Competition and Markets Authority while it completes its own investigation into the oneworld alliance,” the DOT said.

“The Department is also proposing that the carriers remove exclusivity clauses in their alliance agreements and to review the alliance after five years.”