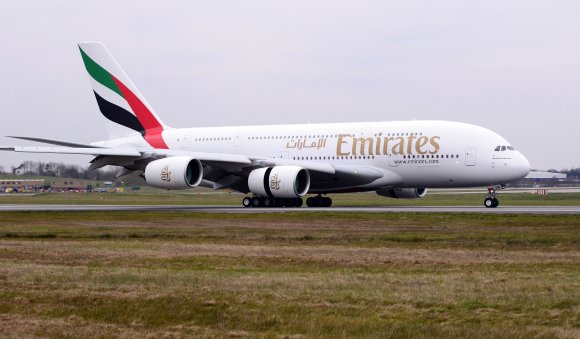 Emirates Airline will expand service to the UK over the coming weeks following the establishment of an air corridor between the UK and the United Arab Emirates (UAE).

The Dubai-based carrier plans to grow UK weekly frequencies from 37 to 52 by early December, as well as increasing Airbus A380 deployment.

Under the air travel corridor, passengers entering the UK from the UAE will no longer be required to quarantine for two weeks. Travelers heading to Dubai (DXB) will still be required to undertake a PCR test on arrival or up to 96 hrs. before departure.

Service to Manchester (MAN) will rise from 8X-weekly to 10X-weekly from Dec. 1, six of which will be served by A380s and four on board 777-300ERs. Emirates will also increase flights to Birmingham (BHX) and Glasgow (GLA) from 4X-weekly to daily.

According to data provided by OAG Schedules Analyser, the network adjustments mean the Gulf carrier’s UK-Dubai capacity will grow from about 30,800 weekly two-way seats to approximately 48,000.

The airline said the “significant expansion” was in response to increased demand after the UK government last week added the UAE to its list of travel corridors. Bahrain, Chile, Iceland, Cambodia, Laos, Qatar and Turks and Caicos were also added to the list.

As well as expanding UK capacity, Emirates intends to deploy additional A380 services to Moscow Domodedovo (DME) from the current 2X-weekly to daily. The upgauge will take effect on Nov. 25.

Emirates is one of only four carriers in the world with A380s currently in service, OAG data shows, with the likes of Air France, British Airways, Lufthansa and Qantas either having either retired or placed the aircraft type in long-term storage since the onset of the pandemic.

Emirates has 115 A380s in its fleet and is this week (w/c Nov. 16) flying the aircraft from its DXB hub to six destinations in its network. In total, there are 15 scheduled passenger routes in the world currently being operated by A380 equipment, compared with 115 during the same week in 2019.