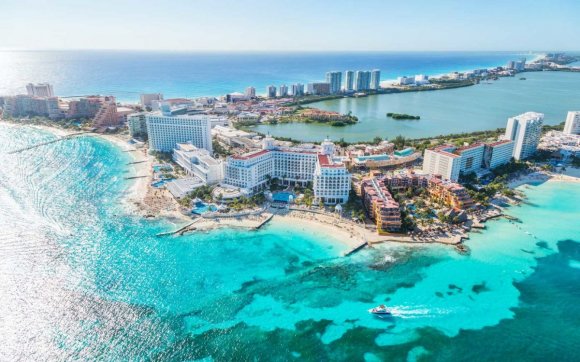 Transborder routes between the US and Mexico have performed better during the last couple months as Mexico’s more relaxed travel policies have resulted in airlines bolstering their capacity from the US to Mexico’s leisure markets.

As most international markets remain closed off, Mexico has remained open to air travelers, and does not require quarantines or a COVID-19 test.

As a result, Mexican destinations are among the most popular foreign getaways to and from the US for nonstop travel during October, according to Airlines For America (A4A). The top destinations were Cancun (CUN), Guadalajara (GDL), Los Cabos (SJD) and Mexico City (MEX).

In a recent report, Bloomberg Intelligence analyst George Ferguson concluded that data for October show “routes to Mexico have recovered the most, with non-premium transactions down 39% from a year ago and fares down 20% as US carriers increased capacity.”

Recently, joint venture partners Delta Air Lines and Aeromexico stated that during the month of December, they plan to operate 95% of capacity compared with the same period in 2019.

Delta is planning to offer routes to Mexican leisure markets from all its US hubs during the upcoming holiday period. Aeromexico is offering flights from MEX and GDL to numerous US destinations, including the resumption of service between MEX and Seattle (SEA). United Airlines has also added flights to Mexican leisure destinations from some of its hubs.

Low-cost operators are also taking advantage of opportunities to target leisure and visiting, friends and relatives (VFR) passengers. Mexican ULCCs Volaris and Viva Aerobus are also adding back US service at a solid clip, and US LCCs JetBlue and Southwest along with ULCC Frontier are also adding flights to Mexican leisure destinations.

JetBlue executives recently stated that during the 2020 third quarter, the airline saw relative strength in the Latin and Caribbean regions, especially driven by (VFR) demand.