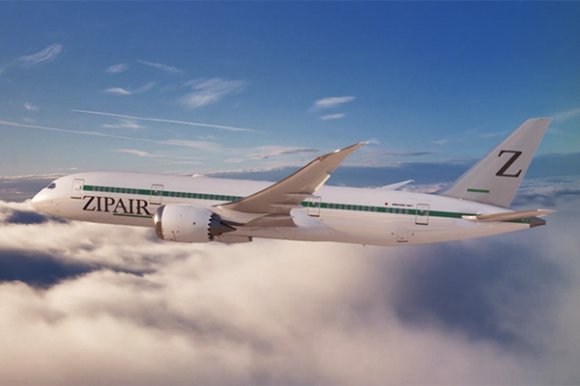 Japan Airlines’ (JAL) subsidiary ZIPAIR Tokyo, which began passenger service in October after debuting as a cargo-only airline four months earlier, filed an application with the US Department of Transportation (DOT) in April to open a nonstop route between Tokyo Narita (NRT) and Honolulu Daniel K. Inouye International (HNL).

At the time, the airline said it “intends to expand its operations to other points within the United States in the future.”

The inaugural NRT-HNL service will take off on Dec. 19 on board Boeing 787-8 aircraft. ZIPAIR intends to operate 16 round-trip flights before the end of January 2021 to cater for leisure travelers seeking a warm weather vacation over the winter.

Such was the demand, there was in excess of 12X-daily flights between the destinations, including JAL offering up to 4X-daily flights from NRT using a mix of 767-300 and 787-9 aircraft, and ANA serving HNL 1X-daily from Tokyo Haneda (HND) and 2X-daily from NRT, 10 of which were Airbus A380 services. However, ZIPAIR will become the only LCC to provide a direct link between Japan’s capital and Hawaii.

The latest data provided by OAG Schedules Analyser shows there are currently just 3X-weekly services between Tokyo and Honolulu. Hawaiian Airlines is flying HNL-NRT 2X-weekly using A330-200 equipment, while JAL is serving HND-HNL 1X-weekly on board 787-8s.

In addition to the launch of the carrier’s first US route, ZIPAIR has also confirmed plans to increase the frequency of its NRT-Bangkok Suvarnabhumi (BKK) route from 5X-weekly to daily on Dec. 1. However, due to the restriction of flights to Thailand caused by the pandemic, passengers are only able to fly one-way from BKK to NRT.