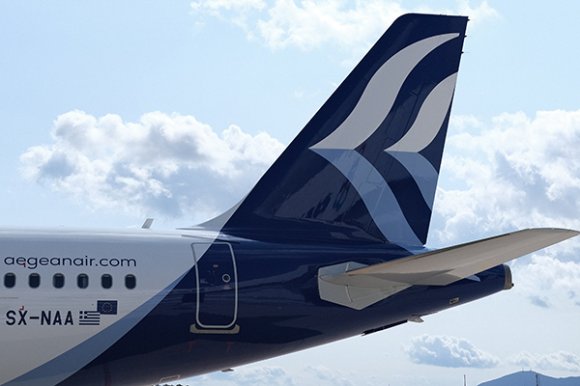 Athens-based Aegean Airlines will operate less than 20% of last year’s capacity over the 2020/21 winter season.

The news comes as Greece’s largest carrier disclosed it “is in the final stage of discussions” with the national government regarding state aid.

The privately owned Star Alliance member blamed its limited winter flying schedule on the second wave of COVID-19 cases sweeping Europe, along with renewed travel restrictions and recent lockdowns across the continent, including in Greece.

“For Greece, 10.2% of the country’s GDP is supported by input to the air transport sector on foreign tourism arrivals by air,” IATA VP for Europe Rafael Schwartzman said in a Nov. 25 media briefing. “The shutdown of air traffic to Greece will cost the country $11.8 billion loss of GDP.”

Reuters reported that under the state-aid plan, Greece would receive warrants in exchange for providing funds to Aegean. In the longer term, “with the warrants the state will get, when recovery comes, the price of the shares will increase, meaning the state will get money back when this coronavirus adventure is over,” Reuters quoted a government spokesperson as saying.

Aegean shareholders will in addition provide €60 million in additional financing.

The carrier said that the partial lifting of travel restrictions across Europe as of July had allowed a gradual resumption of international flights. Nevertheless, several countries remained inaccessible and demand was weak due to the pandemic, while the lack of coordination on travel protocols weighed on the restart efforts.

With the return of the pandemic and the renewed restrictions determining the level of operations—especially after August —revenue during the third quarter fell 70% to €155.1 million, resulting in a net loss of €28.3 million. That was a reversal on the €90.2 million profit achieved in Q3 2019.

“During Q3 we also resumed our international operations, wherever possible, implementing strict health measures onboard our aircraft. We welcomed two million passengers and managed to limit losses to one third of the losses recorded in the previous [Q2] quarter,” Aegean Airlines CEO Dimitris Gerogiannis said.

Aegean said it took delivery of its seventh Airbus A320neo family aircraft of its 46-aircraft order. The A321neo, Aegean’s second of the type, joined the Greek carrier’s fleet on Nov. 21.

Looking forward, the possibility of vaccine distribution in early 2021 as well as the adoption of common travel protocols could potentially allow for a gradual and partial recovery as next year progresses, the carrier said.