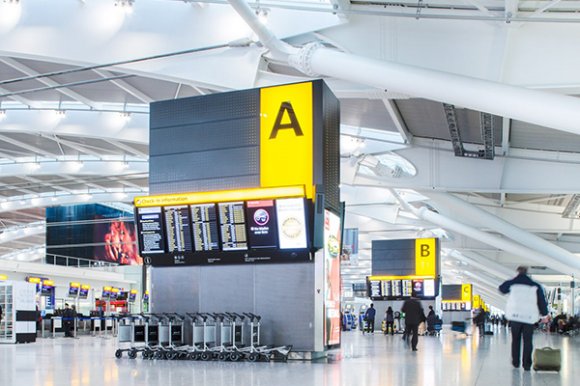 The number of unique city-pair connections has dropped by more than 7,000 this year and London has lost its crown as the world’s best-connected city, according to a report published by IATA.

The study found that the number of destinations connected directly by air service will decline to 14,765 in 2020, compared with 22,104 a year ago. The reduction is the first since the global financial crisis in 2007 and 2008.

Before the COVID-19 pandemic, the number of unique city-pair connections was set to exceed 23,000 in 2020, more than double the connectivity by air 20 years ago.

London, the world’s number one most connected city in September 2019, has seen a 67% decline in connectivity over the past 12 months and has fallen to number eight in IATA’s rankings.

Shanghai is now the top ranked city for connectivity and the top four most connected cities are all in China—Shanghai, Beijing, Guangzhou and Chengdu—with the country’s domestic market having almost fully recovered from the impact of the coronavirus pandemic.

New York has experienced a 66% fall in connectivity since the onset of the outbreak, while Tokyo is down 65%, Bangkok by 81%, Hong Kong by 81% and Seoul by 69%. All five cities have exited the top ten as a result.

“The dramatic shift in the connectivity rankings demonstrates the scale at which the world’s connectivity has been re-ordered over the last months,” IATA SVP for member external relations Sebastian Mikosz said.

“But the important point is that rankings did not shift because of any improvement in connectivity. That declined overall in all markets. The rankings shifted because the scale of the decline was greater for some cities than others. There are no winners, just some players that suffered fewer injuries.

“In a short period of time we have undone a century of progress in bringing people together and connecting markets. The message we must take from this study is the urgent need to re-build the global air transport network.”

IATA’s air connectivity index measures how well connected a country’s cities are to other cities around the world. It is a composite measure reflecting the number of seats flown to the destinations served from a country’s major airports and the economic importance of those destinations.

At the height of the pandemic in April when much of the world’s airline fleet was grounded, IATA said Africa and Europe suffered a 93% decline in connectivity; Latin America experienced a 91% collapse; Middle East connectivity declined by 88%; Asia-Pacific dropped by 76% and North America by 73%.