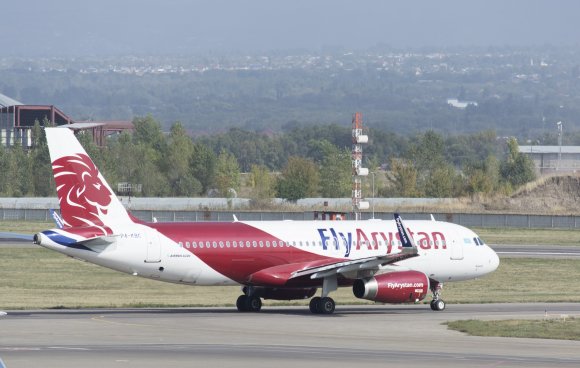 “Creative tension” between Air Astana and low-cost subsidiary FlyArystan will spur each airline to do better, according to president and CEO Peter Foster.

Speaking during the Routes Reconnected 2020 conference program, Foster explained that the respective carriers’ management teams often clash over which destinations to serve—and that can result in the two competing on routes. However, he said rivalry was not necessarily a bad thing.

“There is a degree of what we might call creative tension between the full-service management team and the LCC, particularly in terms of routes,” Foster said.

“The LCC wants to fly everywhere and sometimes that raises eyebrows within the Air Astana commercial team. I often have to decide between the two, but I’d rather just let them get on with it.

“That means they are competing with each other, but as the Qantas experience with Jetstar shows, that creative tension can benefit both airlines.”

Air Astana launched FlyArystan in May 2019, with the startup becoming the first LCC in Kazakhstan. Since then, the airline has carried more than 2 million passengers and has grown to operate a fleet of seven aircraft.

Earlier this week, the carrier became the first airline to operate services from Nur-Sultan (NQZ) to Turkistan (HSA), the new greenfield airport in southern Kazakhstan. Flights are 2X-weekly on board Airbus A320 aircraft.

“FlyArystan has been a great success,” Foster said. “We could have introduced a low-cost element to Air Astana, but it would have devalued the product and the brand without getting the cost savings.

“We therefore decided to set-up a genuine low-cost airline, following the Wizz Air model. We created a separate product with a separate brand and a separate management team.”

Unlike parent Air Astana, Foster said it was unlikely that FlyArystan would open routes to international leisure destinations in the short-term but didn’t rule out the possibility in the future.

“Our current leisure markets—particularly places like the Maldives and Dubai—are very much high-end,” he said. “We have a high-end market here in Kazakhstan and when they travel for leisure, they like to do it in style.

“However, there probably will be a mid and lower end of the market for that travel in the future. But certainly, at the current time, the leisure market is very much high-end.”