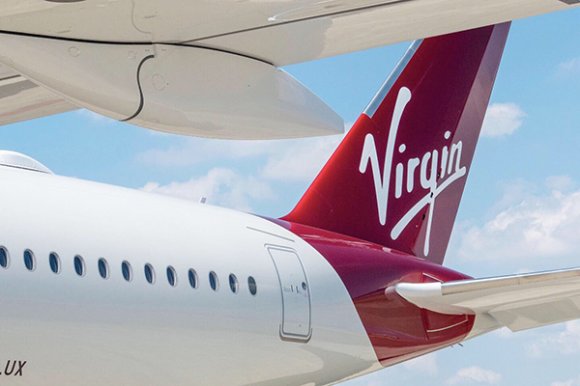 Virgin Atlantic has pulled the planned launch of two routes between the UK and India that had been scheduled to start during the coming weeks.

The carrier intended to open 3X-weekly service between Manchester (MAN) and Mumbai (BOM) from Dec. 19, with a 2X-weekly route connecting MAN and Delhi (DEL) beginning on Jan. 5, 2021.

However, in a statement the airline said it has made the “difficult decision” to pause the proposed route launches.

“We are continuously reviewing our flying programme and in response to the ongoing impact of COVID-19 we have made the difficult decision to withdraw our Manchester to Delhi and Mumbai services,” a statement released by Virgin Atlantic said.

“We remain committed to our Manchester home and have recently resumed operations to Barbados, with further routes to the Caribbean and US commencing in the coming weeks.”

Virgin Atlantic originally announced plans in February to serve MAN-DEL 3X-weekly from Oct. 26 using Airbus A330-200s. However, the route launch was postponed because of the pandemic. The airline then revived the plans in October, alongside the announcement of operations between MAN and BOM.

According to figures from Sabre Market Intelligence, Mumbai was the largest O&D market between Manchester and India in 2019 with almost 85,000 two-way passengers. Delhi was second with 57,200 passengers.

Jet Airways started a BOM-MAN nonstop route in November 2018, but flights ceased when the Indian carrier suspended operations in April 2019. Since then, the market has remained unserved direct.

Speaking during Routes Reconnected earlier this month, Virgin Atlantic’s VP networks, alliances and commercial planning Rikke Munk Christensen discussed the changing nature of route planning since the onset of the coronavirus crisis, saying the carrier’s network was being reviewed on a regular basis.

“We have to adapt and seize the opportunities in the current environment,” she said. “We’ve had to remain very agile, looking at strong VFR and cargo markets. Short-term really is a constant focus.”

However, despite the decision to pull the planned route launches to India, Virgin Atlantic on Dec. 10 began a new service from MAN to Islamabad (ISB) in Pakistan, targeting VFR traffic.

“This is our first route launch since the COVID-19 pandemic, and it is an extremely important one for us as we look to reunite families and loved ones,” CCO Juha Jarvinen said at the time.

“Despite the challenges brought by COVID-19, our commitment to Manchester has never wavered. It’s an exciting time as demand gradually returns and we build up flying from the region.”

Virgin Atlantic also launched services between London Heathrow (LHR) and ISB on Dec. 12 and LHR to Lahore (LHE) on Dec. 13.