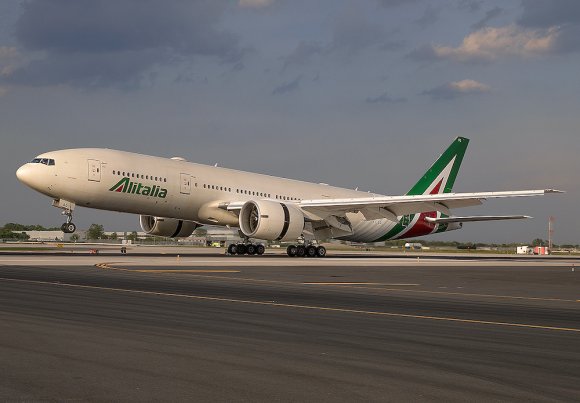 Alitalia has operated its first flights to São Paulo after a suspension of more than nine months, with services to Buenos Aires in Argentina set to resume later this week.

The state-run carrier restored operations between Rome Fiumicino (FCO) and São Paulo Guarulhos (GRU) on Dec. 15. A service from Italy’s capital to Buenos Aires Ministro Pistarini (EZE) is set to resume on Dec. 19.

Both routes will be on board Boeing 777-200ER aircraft with 1X-weekly frequency.

In Brazil, a new codeshare agreement with GOL will offer Alitalia passengers connections with 39 other destinations in the country. The carriers already had a frequent flyer program agreement allowing accrual and redemption of points.

Alitalia said the resumption of both routes is supported by cargo demand. The 777-200s have a load capacity of 20 tons in their belly holds.

The route additions mean Alitalia has now reinstated flights to 21 international destinations in its network. However, only three of those routes are long-haul: the carrier is flying between FCO and New York J F Kennedy (JFK) alongside the GRU and EZE services.

In October, it was confirmed that Alitalia would be replaced by new state-owned company Italia Trasporto Aereo. The new Alitalia will include 75 aircraft and 7,000 employees, down from the current 92 aircraft and more than 11,000 staff.