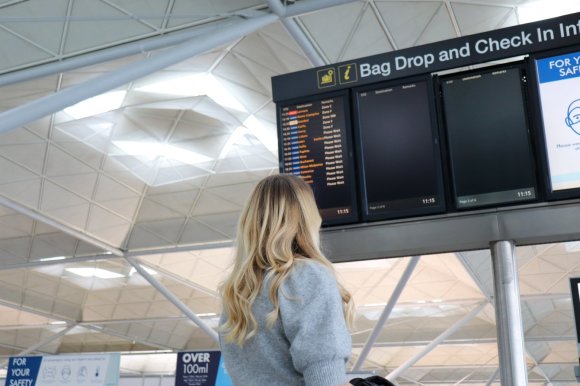 The UK Civil Aviation Authority (CAA) has denied claims by Ryanair that a sudden change in policy has forced the ULCC to stop operating on 12 UK domestic and international routes.

The regulator said Ryanair’s current UK operations would breach regulations once the UK left the EU at midnight Dec. 31.

The Ireland-based carrier said Dec. 21 the “sudden change of policy” on the part of the UK regulator had resulted in “unjustified restrictions” and made operation of the routes impossible. The airline said the CAA introduced new regulatory barriers only 10 days before the UK is scheduled to leave the EU.

“Ryanair UK had agreed to Brexit contingency arrangements with the CAA two years ago and cannot comply with its new and impractical requirements at 10 days’ notice,” the company said in a statement.

“It is incorrect for the airline to state that the UK Civil Aviation Authority has changed its wet-leasing policy at short notice,” CAA group director of consumers and markets Paul Smith said.

“It has been our long-standing position that a UK airline with a significant presence in the UK, such as Ryanair UK does, should not rely heavily on using wet-leased, foreign-registered aircraft to undertake their operations. Doing so undermines the competitiveness of the UK aviation industry and the effectiveness of the regulatory regime.”

Speaking to Aviation Week Network on Dec. 22, a CAA spokesman explained that the situation had arisen because Ryanair was using foreign-registered aircraft to operate UK domestic routes. This would have to change once the UK left the EU at the end of the year and regained national sovereignty over such matters.

“Ryanair has a UK subsidiary and had only one aircraft on the [UK] register, but it wants to use Irish aircraft wet-leased into the UK business to use on UK routes,” the CAA spokesman said.

The airline has 470 aircraft. Aircraft operating domestic UK routes from Jan. 1, 2021 have to be on the UK register.

The CAA spokesman noted that UK-based ULCC easyJet, although placing many of its aircraft on the Austrian register to allow them to continue operating intra-EU routes after Brexit, had retained a certain number of aircraft as UK-registered. He added that another ULCC, the newly created Wizz Air UK, had also registered aircraft in the UK. The CAA asserted it had not made a sudden alteration to the rules. “We’ve changed nothing,” the spokesman added.