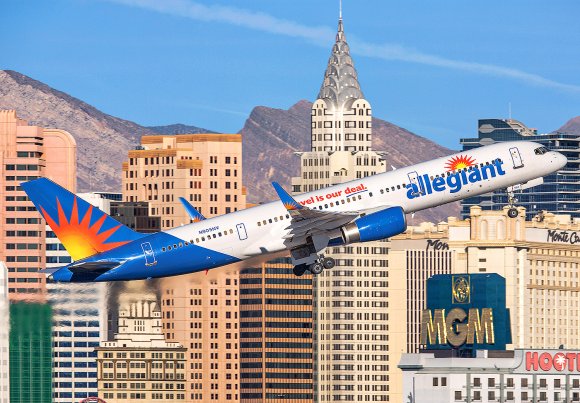 The LCC intends to start nonstop service from Portland, Oregon, in April and then Key West, Florida, and Jackson Hole, Wyoming, in June. Nine new routes will be launched from the three leisure-oriented destinations as part of a wider 13-route expansion.

From Portland (PDX), Allegiant will begin flying to Santa Maria (SMX) in California from April 15, followed by Idaho Falls (IDA) and Monterey (MRY) on May 28.

Two routes are being launched from Key West (EYW), connecting the Florida island city with Nashville (BNA) from June 2 and Orlando/Sanford (SFB) from June 4.

Jackson Hole (JAC), located in a valley between the Gros Ventre and Teton mountain ranges, will welcome four routes, with Allegiant planning to serve the destination from Los Angeles (LAX) and Phoenix/Mesa (AZA) from June 2 and Las Vegas (LAS) and Reno (RNO) from June 4.

Elsewhere, two routes are being opened from Peoria (PIA), Illinois to Sarasota (SRQ) from May 27 and Denver (DEN) from May 28. Allegiant will also fly between Baltimore/Washington (BWI) and Punta Gorda (PGD) from May 27, and Charleston (CHS)-Belleville (BLV) the following day.

Of the 13 routes being launched, data provided by OAG Schedules Analyser shows that only JAC-LAX will have direct competition when Allegiant begins service, with American Airlines and United Airlines each providing a daily flight.

“Today, travelers are seeking destinations that allow them the chance to recreate in a safe way, usually outdoors,” Allegiant VP of revenue and planning Drew Wells said.

“The three cities we’re adding to our network—Key West, Portland and Jackson Hole—are gateways to some of the United States’ most scenic destinations, including national parks and other outdoor attractions that are in high demand.”

Additionally, Allegiant has confirmed the start dates for eight routes announced in January 2020, but which were delayed because of the COVID-19 pandemic.

Finally, the LCC will begin an SWF-Destin/Fort Walton Beach (DTS) route in June 13.