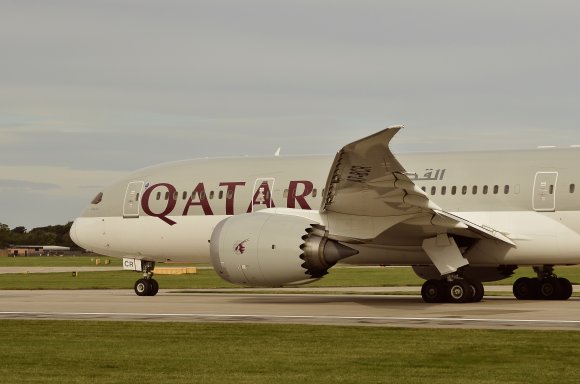 Qatar Airways intends to resume two routes to Egypt later this month after a deal was reached to end a diplomatic dispute stretching back to June 2017.

Egypt reopened its airspace to Qatari flights on Jan. 12, paving the way for a resumption of routes between the two countries.

The move follows a “solidarity and stability” agreement signed on Jan. 5, ending a rift that has seen Egypt, Bahrain, Saudi Arabia and the United Arab Emirates (UAE) blockade Qatar for more than three years.

Qatar Airways has confirmed that flights between Doha (DOH) and Egypt’s capital Cairo (CAI) will restart on Jan. 18, followed by services between DOH and Alexandria (ALY) on Jan. 25.

The oneworld alliance member’s booking system shows flights to CAI will depart at 3.30 p.m. on board Boeing 787-8 aircraft, taking 3 hrs. 25 mins. Service will be daily.

The nonstop route to the port city of Alexandria will operate 2X-weekly, departing DOH at 3.15 p.m. using Airbus A320 equipment.

EgyptAir has also announced plans to resume daily flights from CAI to DOH and said the route could be increased to 2X-daily should there be sufficient demand.

Prior to the blockade in 2017, Qatar Airways operated three routes to Egypt, flying to Luxor (LXR) in addition to CAI and ALY. Service to CAI was 16X-weekly, ALY was 10X-weekly and LXR was daily.

The planned resumption of routes to Egypt come days after the airline reinstated flights to Saudi Arabia. Flight QR 1164 departed from DOH bound for Riyadh (RUH) on Jan. 11.

The carrier also restarted flying 4X-weekly to Jeddah (JED) on Jan. 14 and intends to restore a daily link to Dammam (DMM) on Jan. 16.

Speaking at a CAPA Live virtual event this week, Qatar Airways CEO Akbar Al Baker said the reopening of airspace by Bahrain, Egypt, Saudi Arabia and the UAE would “drastically reduce the flying time that we have been accustomed to for the last three and half years.”

He added that the airline also plans to resume all routes launched before COVID-19 travel restrictions, including services started during the blockade.